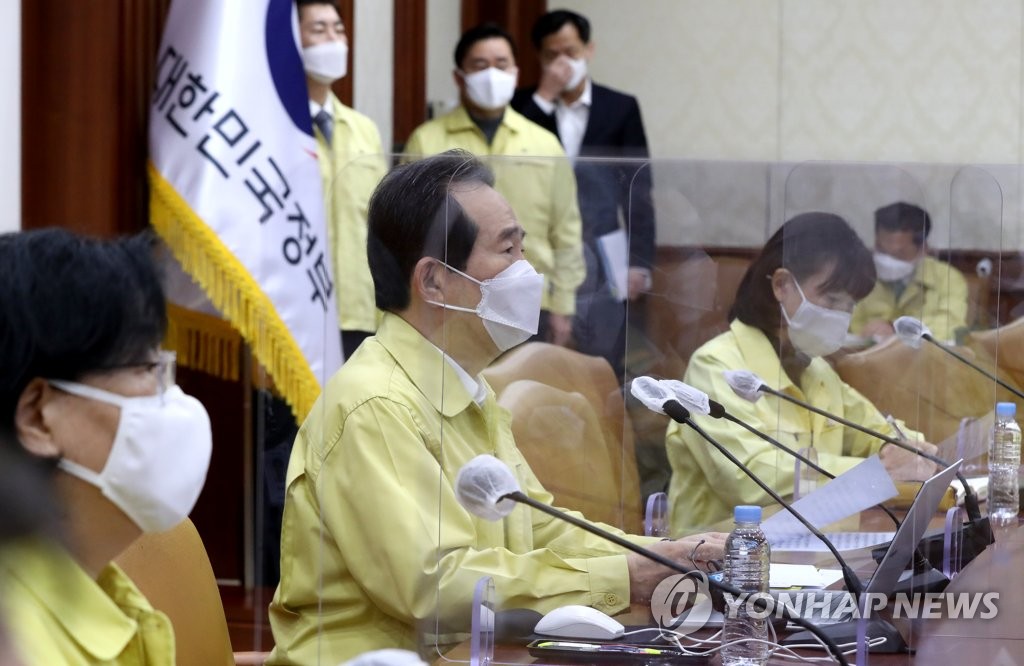 Chung explained that new patients were being reported in all 17 major cities and provinces and that the country has seen a huge spike in the number of cases, especially among young people.

The prime minister asked the public to remain home and refrain from holding social gatherings.

"For the past two weeks, we have seen a pattern of growth in cases following the weekend period. How we spend this coming weekend will decide whether we see a further expansion of new cases next week," Chung said.

He also instructed health authorities and local governments to secure a sufficient amount of hospital beds to prepare against potential growth of critical patients.

Later in the day Chung held a meeting with disease control professionals.

"(The number of) hospital beds is always a concern when virus cases surge. There has been no big issue so far, but if the current spread continues, hospital beds for patients in serious condition will rapidly run out," Chung said during the meeting.

Chung, who leads the Central Disaster and Safety Countermeasure Headquarters, is expected to decide whether to tighten social distancing guidelines after consultations with the central and local governments.