Suwon FC will host Gyeongnam FC in the final promotion playoff in the K League 2 at Suwon Stadium in Suwon, 45 kilometers south of Seoul. The kickoff is at 3 p.m. Sunday.

The winner will earn a promotion to the top-flight K League 1 for 2021. The loser will stay in the second division for another year. 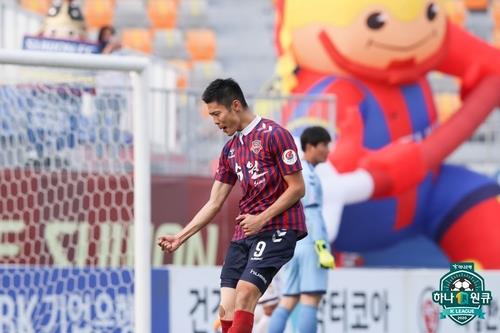 From the K League 2, the league winner earns an automatic promotion to the K League 1 each season. Jeju United claimed that spot this year with 60 points.

Then the second-place team advances to the promotion final each year, and Suwon FC booked that place this season with 54 points.

Third- and fourth-ranked teams meet in the first playoff match for a chance to compete for the promotion, with the higher seed needing only a draw to advance. On Wednesday, No. 3 seed Gyeongnam played Daejeon Hana Citizen to a 1-1 draw to set up a date with Suwon. 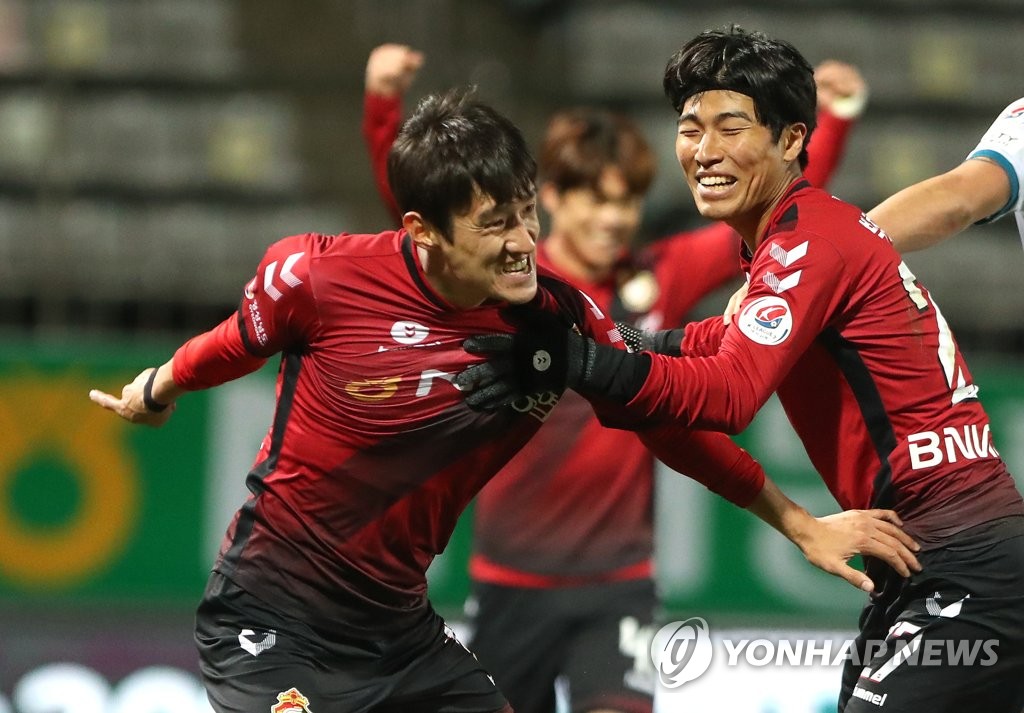 Gyeongnam caught a few breaks in that match. In the 72nd minute, Daejeon were awarded a penalty, and Bruno Baio scored, only to have it wiped out because his teammate Lee Kyu-ro stepped inside the box before the shot was taken.

On the second attempt, Baio missed the target to the left.

In the dying moments, Baio scored what appeared to be the go-ahead goal. But it was disallowed after a video assistant referee review showed that Daejeon's Lee Jong-moon fouled a Gyeongnam player in the box as Baio took the shot.

Coached by former national team star Seol Ki-hyeon, Gyeongnam may need some of that good fortune against Suwon. During the season, Suwon won all three meetings, by a combined score of 8-4.

Suwon FC last played in the K League 1 in 2016. They finished last that season to be demoted right back and haven't gone back up since.

Gyeongnam FC were demoted from the K League 1 last year when they lost a promotion-relegation playoff to Busan IPark and now have a chance to return after just one season in the K League 2. 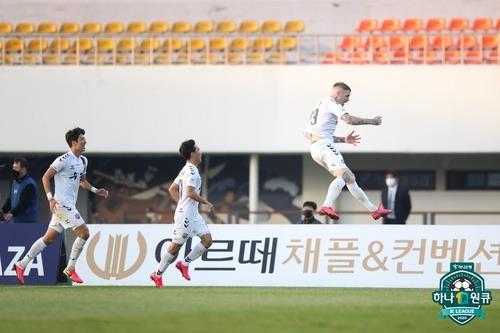 Gyeongnam FC weren't even expected to be in this position. They were in sixth place heading into the final week, but their own victory and other results put them in the playoffs. It will be a relatively quick turnaround for Gyeongnam, having to play Sunday on three days of rest following a hard-fought match against Daejeon.

Seol, the first-year coach for Gyeongnam, acknowledged on Wednesday that Suwon are a better team than his.

"I think Suwon FC will be tough to beat," Seol said. "Obviously, they'll be the one getting the promotion."

Seol likely didn't mean those last words. It may have been his attempt to engage in some reverse psychology and put the pressure squarely on Suwon FC.

Suwon coach Kim Do-kyun fully embraced the idea that his side was superior.

"I think Seol Ki-hyeon is correct in saying that we'll be promoted," Kim said Thursday. "We've won all three matches against Gyeongnam so far this year. We'll play with confidence." 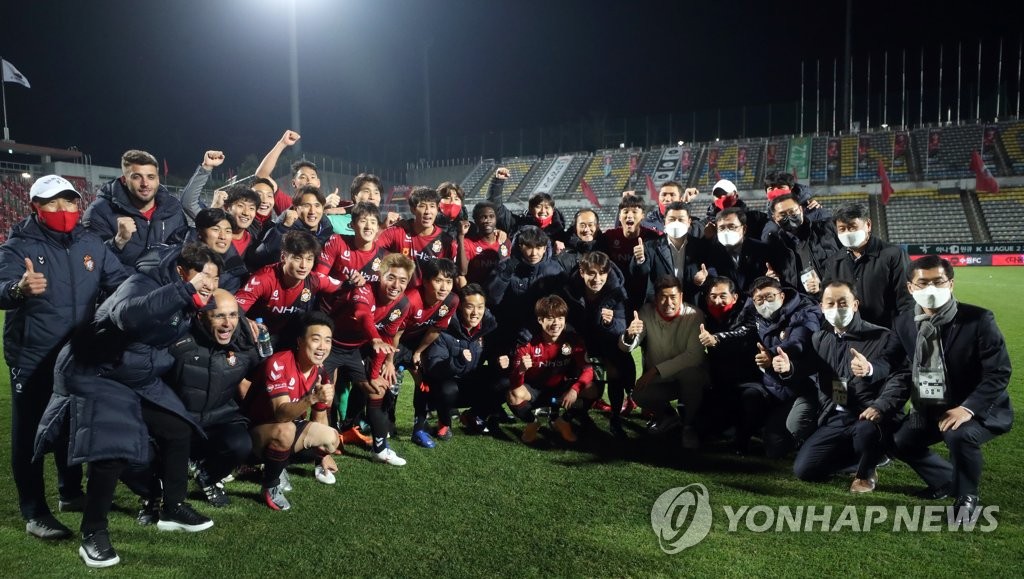