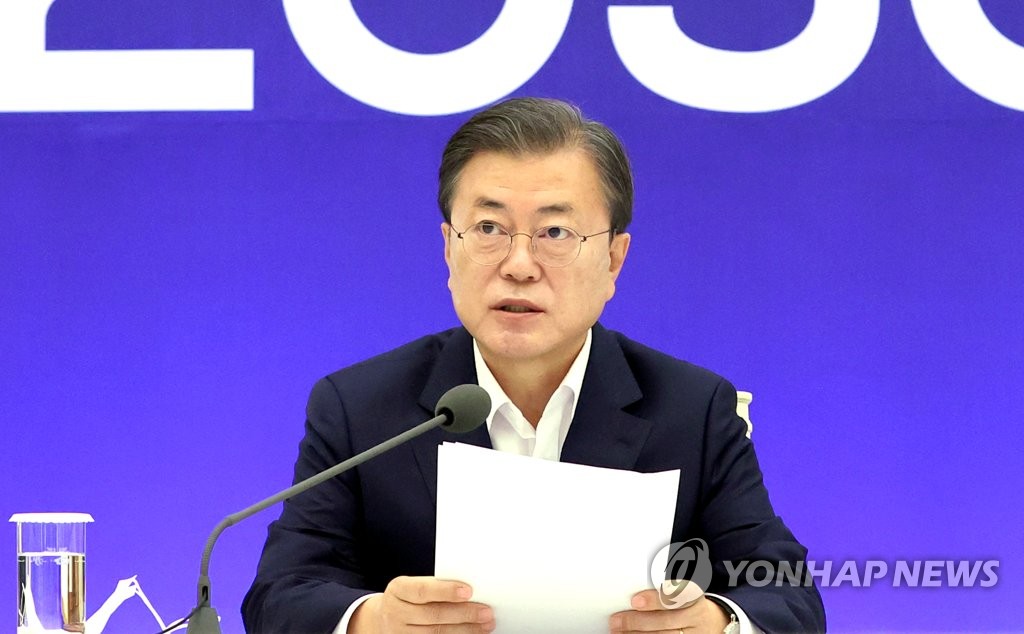 "The grand transition to a carbon-neutral society will be an opportunity to simultaneously pursue economic growth and the improvement of quality of life," he said in his opening remarks.

He added, "(The government) is going to push for low carbonization in all economic sectors. The structural transformation of the energy system is the starting point."

Moon revealed a scheme to place a focus on developing three key new industries -- renewable energy, hydrogen and energy IT -- in order to accelerate the transformation of South Korea, one of the world's most fossil fuel-reliant economies, into a carbon-neural nation.

In particular, he said his administration will grow future car production businesses as a leading industry, pledging to lay a "firm foundation" for moving toward carbon neutrality before his tenure ends in May 2022. 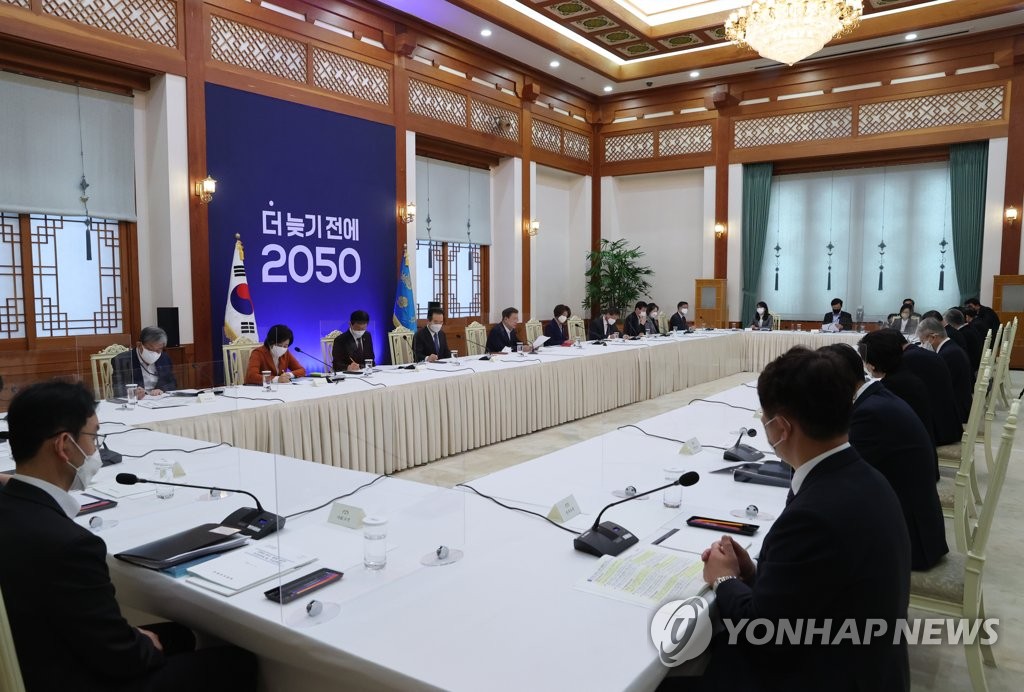