The Seoul Western District Court found him guilty of gambling at Las Vegas casinos in the United States over the past several years and ordered him to pay a fine of 15 million won (US$13,600).

The court said his behavior could "have a bad influence on the public, especially young people," but that it considered Yang showed remorse and had no criminal gambling record.

Yang faced criminal charges that he had gambled at Las Vegas casinos on some 20 occasions between July 2015 and January 2019. He and three others, including two co-CEOs of YG's affiliated music label YGX, allegedly played baccarat and blackjack there, with combined gambling money of some 400 million won (US$336,785) at stake.

The prosecution in May pressed a summary indictment for him on gambling charges, but the court later requested he be put to trial. His trial began in September. The prosecution had demanded a fine of 10 million won.

Yang stepped down as the CEO and the chief producer of the K-pop powerhouse in June 2019 over drug allegations against B.I., former leader of boy group iKON, one of YG's acts. 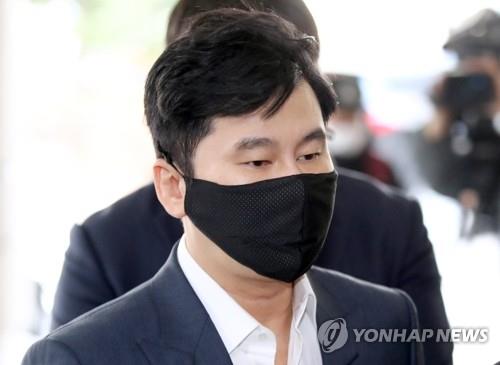