SEOUL, Nov. 27 (Yonhap) -- Chinese Foreign Minister Wang Yi said Friday that his country will continue to play a "constructive" role in efforts to bring lasting peace to the Korean Peninsula, emphasizing the two Koreas should decide its "fate" themselves.

Wang added, "As an important neighbor, China will continue to play a constructive role."

The Chinese foreign minister's comments were made in response to Park, who expressed his view that the two Koreas should have the final deciding authority on matters related to the peninsula.

Wang arrived in Seoul late Wednesday for a three-day trip and met with his South Korean counterpart, Kang Kyung-hwa, and paid a courtesy call on President Moon Jae-in on Thursday.

Moon told Wang that Seoul "will not stop efforts to put a (formal) end to war on the Korean Peninsula and achieve complete denuclearization and permanent peace together with the international community, including China." 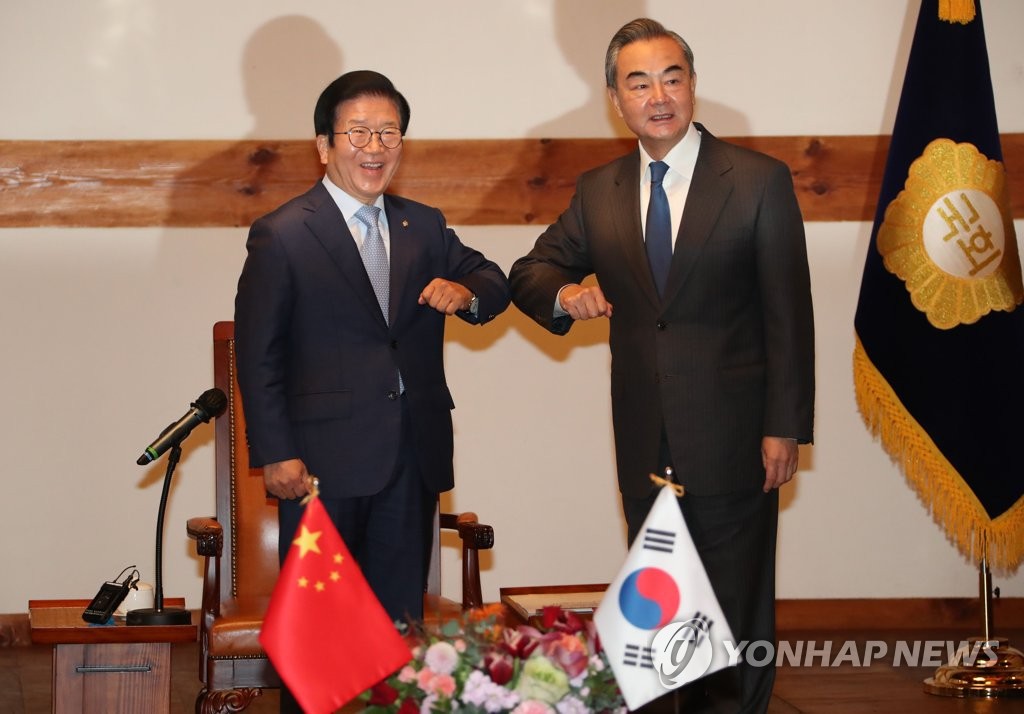 Moon was apparently referring to the 1950-53 Korean War that finished in an armistice, not a peace treaty.

"Establishing a peace regime on the Korean Peninsula and denuclearization is a very important issue for the prosperity, peace and stability of Asia," Park told Wang.

Park added, "I ask that you play a much larger role to invite North Korea to the discussion and negotiation table."

The speaker also thanked China for what he called "constructive cooperation" on Korean issues.

Park also asked China to review the formation of a Northeast Asian cooperative body to deal with climate change and expressed his wish that bilateral strategic talks be systemized and elevated to that of internationally recognized high standards.