The site (www.globaljikji.org) provides detailed history and description of "Jikji" in 11 languages, including Korean, English, Japanese, Chinese, French and Spanish, according to the Cheongju Early Printing Museum.

Images of the original "Jikji", received from the National Library of France, are also available, along with expert explanations of and academic documents on the book and metal-printing technology of Korea. 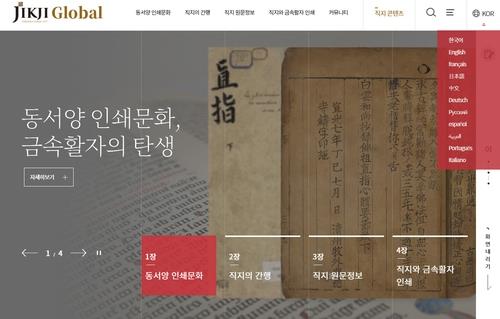 The book, written by Ven. Baegun about the Zen teachings of great Buddhist priests, was printed by his two disciples at Heungdeok Temple in 1377, which is 78 years ahead of the printing of the Gutenberg Bible. In 2001, "Jikji" was confirmed by UNESCO as the world's oldest book printed with movable metal type and was included in its Memory of the World Program.

It consisted of two volumes, but only the second volume is currently stored at the National Library of France.

"Visitors can see all the information and documents on 'Jikji' and Korea's metal printing technology on the official website at one glance," a museum official said. 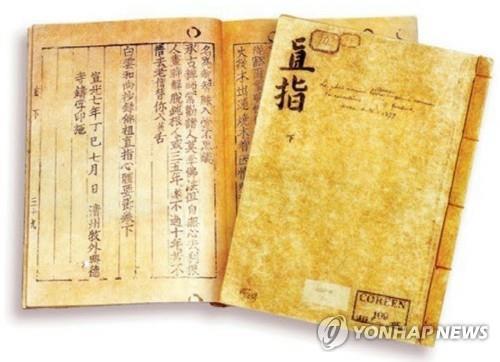