This year's College Scholastic Ability Test (CSAT), slated for Dec. 3, comes amid reports of sharp hikes in new coronavirus cases across South Korea. The CSAT is arguably the nation's most important annual academic event. Public institutions and the stock markets open an hour late to reduce traffic congestion so that students can arrive at test sites on time. 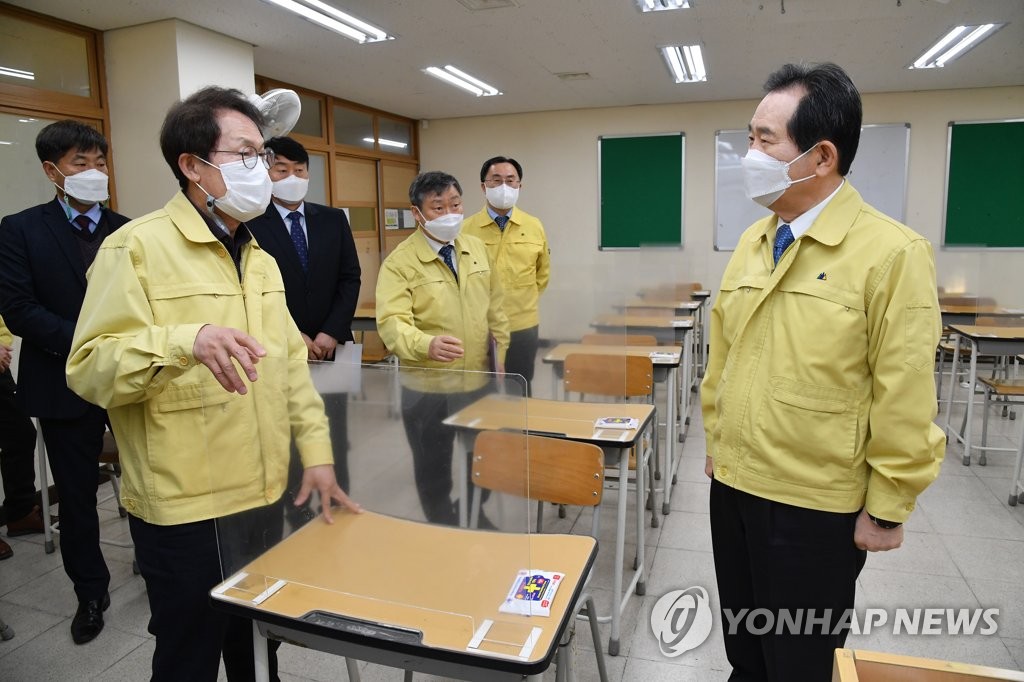 He said that the government was doing its utmost for the safety of all test takers, including both healthy examinees as well as those who have tested positive for COVID-19.

A total of 493,433 have applied to take the CSAT this year, according to education authorities.

According to the education ministry, 21 of the test-takers were confirmed to have contracted the virus and 144 were in self-quarantine as of Thursday.

The patients will take tests at the hospitals and treatment centers they are staying in, while those in self-quarantine will be assigned separate testing sites. 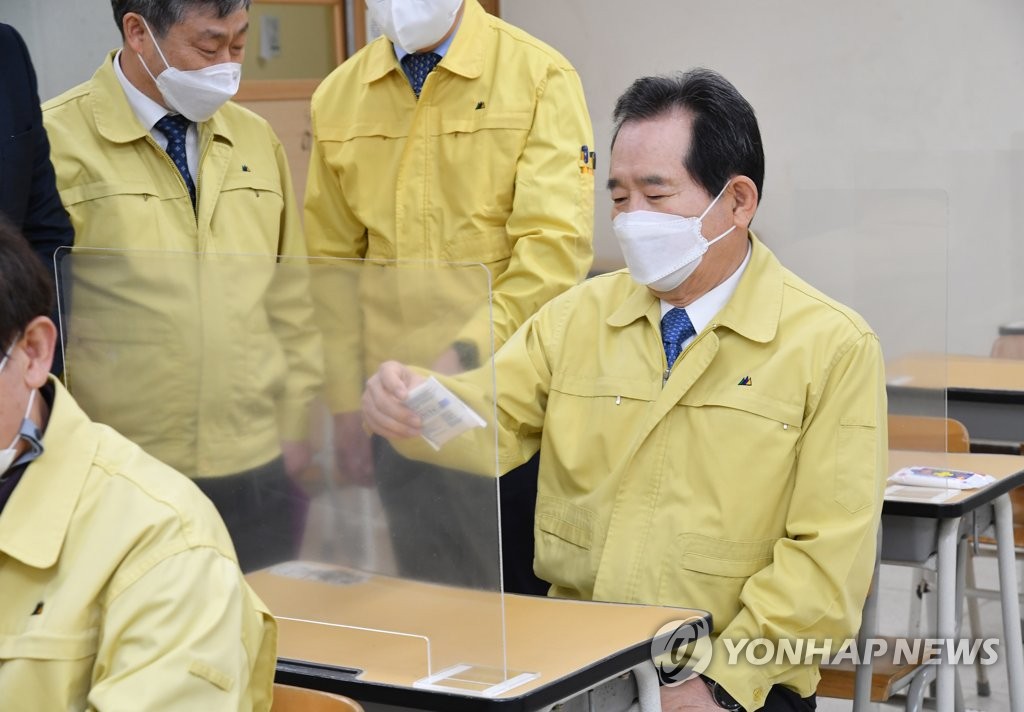