The number of new virus cases is forecast to be slightly down on Sunday compared with the three preceding days as it tends to drop on weekends as fewer people get tested.

As of 6 p.m. on Saturday, 336 confirmed cases had been reported across the country, according to health authorities and local governments.

The total number of the confirmed cases was down 47 from the same time on the previous day. 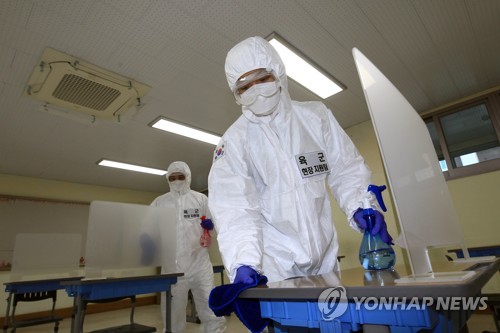 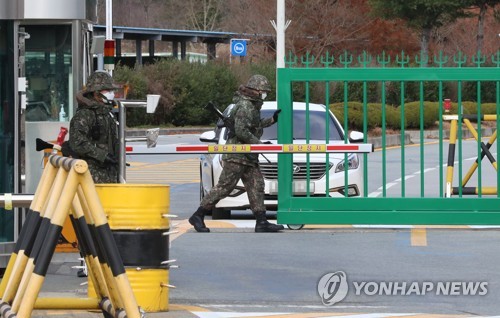 A South Korean soldier opens the main gate of the Sangmudae Artillery School in Jangseong, 310 kilometers south of Seoul, on Nov. 28, 2020, where 16 confirmed coronavirus cases were reported. (Yonhap)