SEOUL, Nov. 29 (Yonhap) -- The number of automobiles subject to recalls topped 2 million in the first 10 months of the year, marking the fourth straight year of auto recalls exceeding the threshold, industry data showed on Sunday.

According to the data, a total of 2.04 million units was subject to recalls in the January-October period, up 56.2 percent from a year earlier.

Last year, a total of 2.16 million units was subject to recalls.

Last week, Hyundai Motor Co., Mercedes-Benz Korea and four other companies were ordered to recall over 160,000 vehicles to fix faulty components, which led the total number of recalls to exceed last year's total. 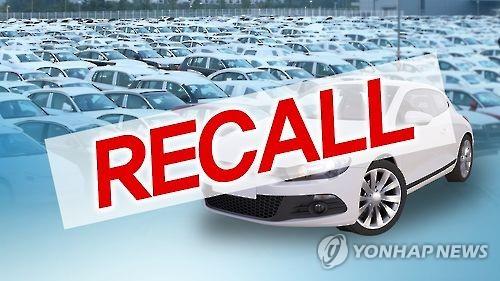