The communist country is "firmly establishing a blockade wall in the areas near the border and the Military Demarcation Line and asking workers and residents to keep established system of action and immediately gain control of and respond to even the slightest abnormal situations," the Korean Central News Agency reported. 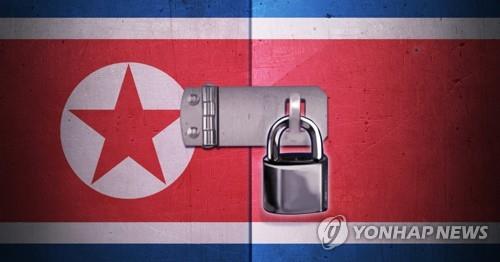 The Korean Central Broadcasting Station also reported that the country is building a "blockade wall" deep inside the border area and near the Military Demarcation Line.

"We are strengthening our self-defensive security system and military reporting system," it said.

Both outlets also reported that the country is taking strong measures in coastal areas to prevent the inflow of the coronavirus.

"We are responding strongly to allow no room for the transmission of the virus through sea garbage," the broadcasting station said.

"In the areas adjacent to the Tumen River, Yalu River, Yesong River and the Imjin River, we are getting fish farms that use the river waters to thoroughly follow the national anti-epidemic measures," it added.

South Korea's National Intelligence Service (NIS) told the parliamentary intelligence committee on Friday that North Korea is taking measures that "go against common sense" to stop the spread of the coronavirus.

For example, the North has neglected food aid arriving from China despite its economic difficulties, the NIS said.