SEOUL, Nov. 29 (Yonhap) -- South Korean listed firms are expected to log better earnings in the fourth quarter compared with a year ago amid simmering recovery from the pandemic's fallout, data showed on Sunday.

As of Friday, the combined operating income for 167 major listed firms on the main bourse was estimated at 33.6 trillion won (US$30.4 billion) for the October-December period, up 60.1 percent from a year earlier, according to financial info tracker FnGuide.

It also represents a 6.9 percent increase from the previous estimate of 31.4 trillion won made three months ago. 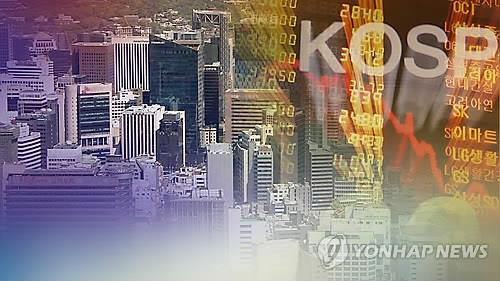 Samsung Electronics, the country's most valuable company, was forecast to log 10.2 trillion won in operating profit, up 41.9 percent on-year.

The No. 2 chipmaker SK hynix was projected to post 867 billion won in operating profit, up 267.2 percent over the cited period on improving global demand.

Leading chemical firm LG Chem was forecast to register 818 billion won in operating income, up a whopping 4,225.7 percent from a year ago, when the firm booked a large one-time expense from a fire accident at its energy storage system facilities.

In stark contrast, the pandemic's gloom was expected to remain heavy on certain industries -- tourism, leisure and cosmetics in particular -- that were hit hardest by the COVID-19 flare-up.

JeJu Air and HanaTour are expected to widen their operating loss in the fourth quarter from a year ago, with cinema chain CJ CGV and casino giant Kangwonland forecast to swing to the red.

There were consensus projections for a 93.6 percent fall in operating profit for No. 2 duty-free giant Hotel Shilla; 60.2 percent decline in Amore G, Amore Pacific's holding company; and 45.2 percent drop for No. 3 duty-free giant Shinsegae.