SEOUL, Nov. 29 (Yonhap) -- South Korea on Sunday kept the greater Seoul area under Level 2 social distancing measures but raised antivirus curbs in all other areas to Level 1.5, as another wave of the pandemic looms with the upcoming winter season.

More stringent anti-virus curbs will be implemented in the wide Seoul area starting Tuesday for a week, and Level 1.5 social distancing outside of Seoul for two weeks from Tuesday, according to health authorities.

Busan, South Chungcheong and three other provinces and areas where high numbers of virus cases have been reported will be put under tougher Level 2 social distancing, they said. 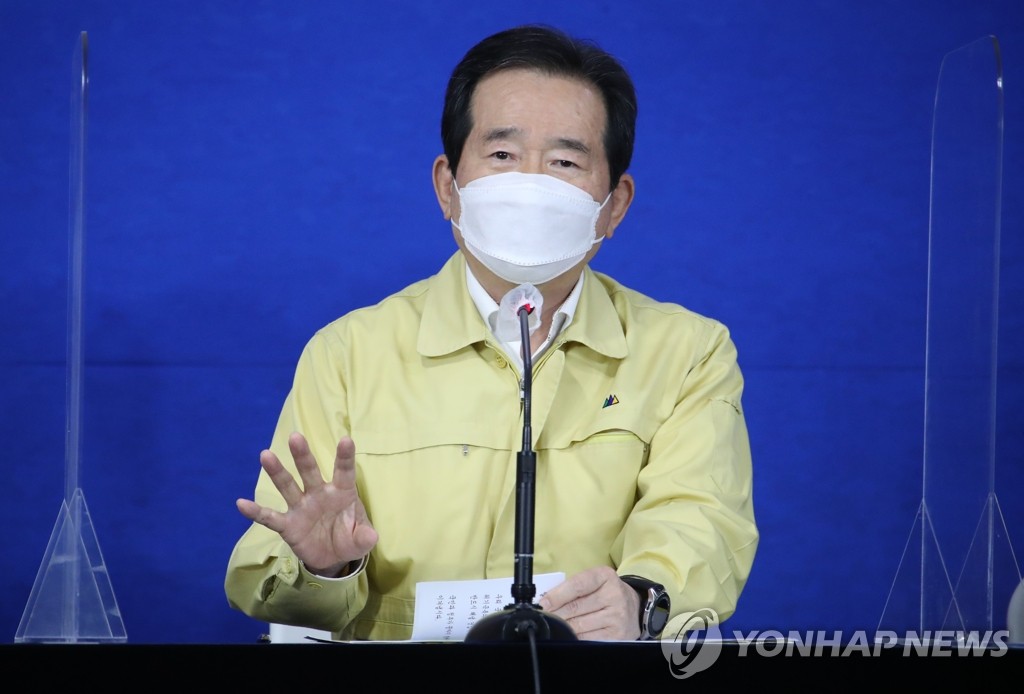 To slow the spread of the virus among young people, the government will prohibit hotels, party rooms and other guesthouses from hosting year-end or New Year's parties, officials said.

Announcing the measures, health authorities asked the public to cancel private gatherings of more than 10 people in the greater Seoul area.

Prime Minister Chung Sye-kyun told reporters that the government aims to secure a COVID-19-vaccine supply for more than 30 million people and will unveil details of the procurement plan this week.

Since Thursday, the country reported more than 500 daily new cases for three straight days. On Sunday, the figured dropped back to 450, apparently due to less testing on weekends. 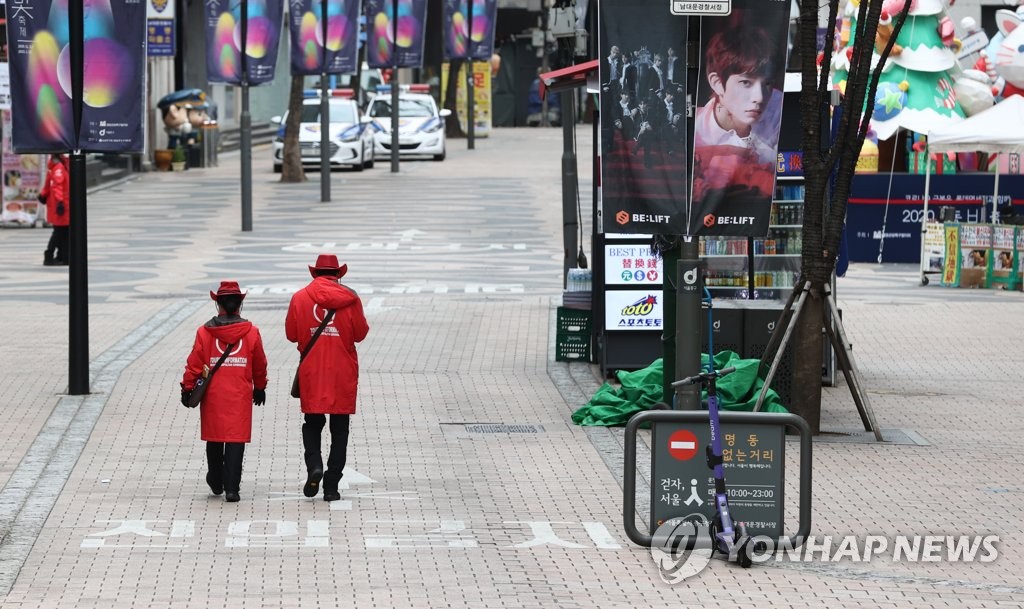 By region, Seoul reported the highest number of local infections at 154, followed by 88 in the surrounding Gyeonggi Province and 21 in both Incheon, west of Seoul, and the southeastern port city of Busan. The greater Seoul area is home to about half the nation's population of 51.6 million.

The announcement came less than a week after the capital area began enforcing Level 2 measures on Tuesday, with some medical experts warning that the country could see the daily virus count soar to 1,000 if more stringent measures are not taken.