SEOUL, Nov. 29 (Yonhap) -- Suwon FC earned a promotion back to the top competition in South Korean football on Sunday, thanks to a last-second penalty that punctuated a dramatic finish.

Suwon FC played Gyeongnam FC to a 1-1 draw in the final K League 2 promotion playoff at Suwon Sports Complex in Suwon, 45 kilometers south of Seoul. But since Suwon were the higher seed in this match after finishing the season in second place, they only needed a draw against the third-seeded Gyeongnam to return to the K League 1. 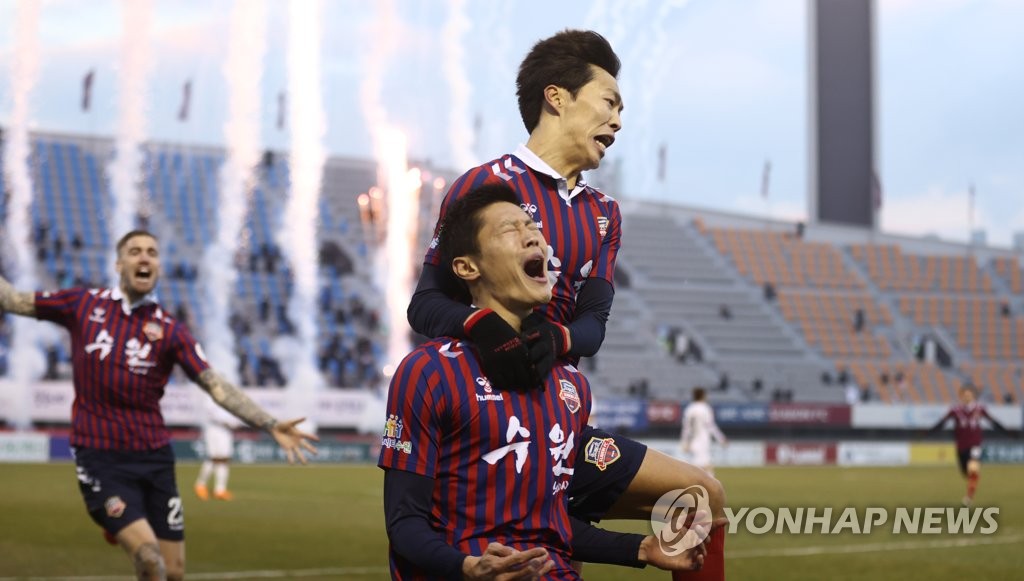 And An Byong-jun converted a penalty on the very last play of the match to salvage the draw. Choi Jun had put Gyeongnam on the board in the 26th minute but a late violation in the box did them in.

Suwon FC last played in the K League 1 in 2016. They finished last that season to be demoted right back in 2017 and haven't gone back up since.

Gyeongnam FC were demoted from the K League 1 last year when they lost a promotion-relegation playoff to Busan IPark and now have a chance to return after just one season in the K League 2. 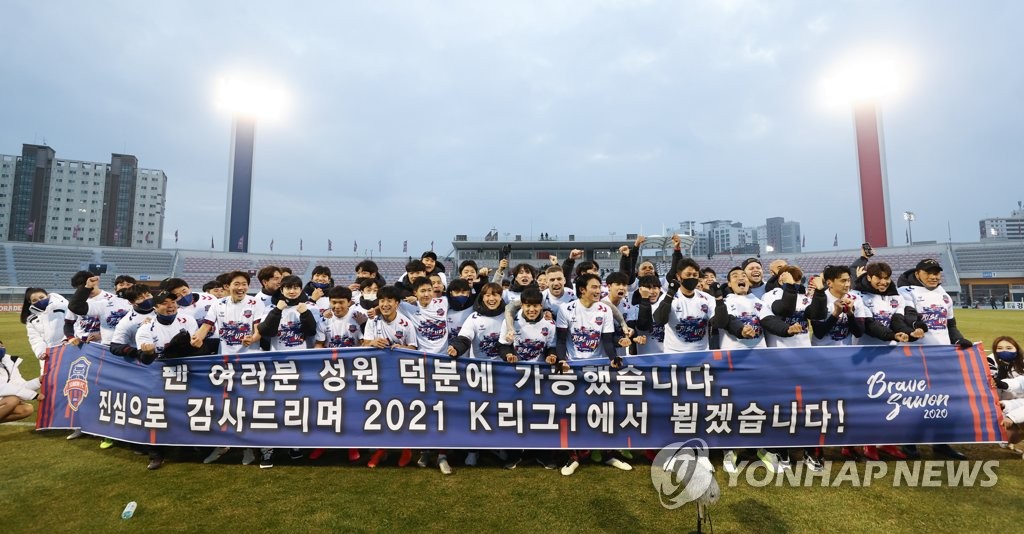 From the top competition, Busan IPark suffered an automatic relegation by finishing last among 12 clubs. Sangju Sangmu FC will also play in the K League 2 as part of the relocation deal that will put them in Gimcheon, a neighboring town in the same North Gyeongsang Province, starting in 2021.

Choi gave Gyeongnam a lead in the 26th, when his right-footed shot deflected off a Suwon defender and into the net. 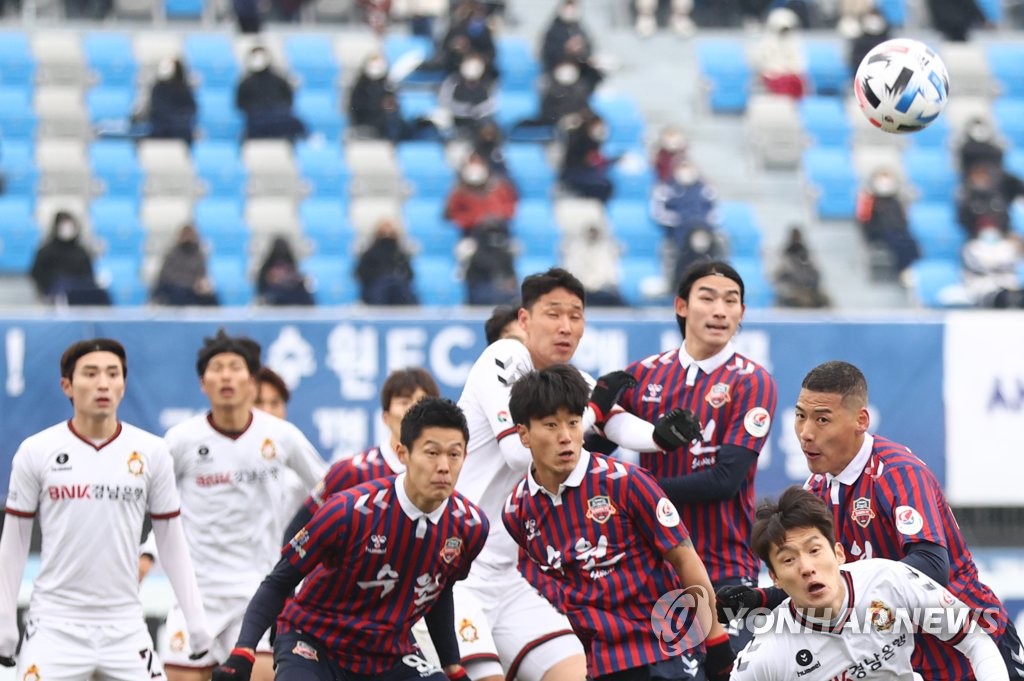 Gyeongnam, who had lost to Suwon in three previous meetings this year, held on for dear life, and the victory appeared to be theirs as the clock ticked down. But the video assistant referee (VAR) called down to the on-field referee to review a penalty box scramble, and Gyeongbuk midfielder Kim Hyung-won was called for a foul on Suwon midfielder Jung Seon-ho.

Forward An Byong-jun took the spot kick and scored past Son Jeong-hyeon in the very last play of the match. 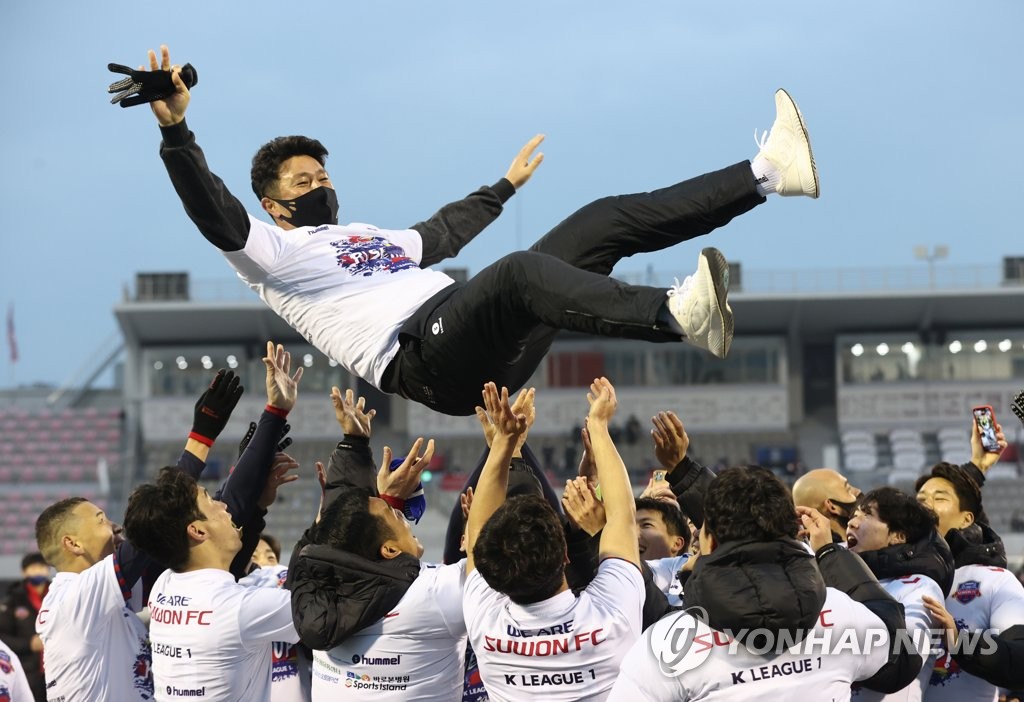