SEOUL, Nov. 30 (Yonhap) -- A Seoul court said that it will not make a decision on Monday on a crucial injunction case that could affect the fate of South Korea's top prosecutor amid an escalating standoff with the justice minister.

Last week, Justice Minister Choo Mi-ae suspended Prosecutor General Yoon Seoul-youl from duty as she sought a disciplinary measure against him over six counts of alleged misdeeds, including collecting personal information of justices in charge of cases related to a former justice minister and suspected election interference by presidential officials.

Yoon sought a court injunction Wednesday to stop the unprecedented order from going into effect, and filed a lawsuit at the Seoul Administrative Court the next day.

The Seoul Administrative Court held a hearing earlier Monday to deliberate on whether the suspension caused irreversible damage and the ministry's decision followed due legal process. The hearing was attended by the legal representatives of both parties.

"The business day is over, so no decision will be filed today," a court official said. "We do not know when the decision will come."

The ministry said earlier that a decision is expected by Tuesday morning at the latest, given the seriousness of the case.

If the court decides to grant an injunction, Yoon will get back to his work immediately.

The ministry will convene a seven-member committee Wednesday to decide on disciplinary action against Yoon. It asked Yoon or his lawyer to attend the meeting. 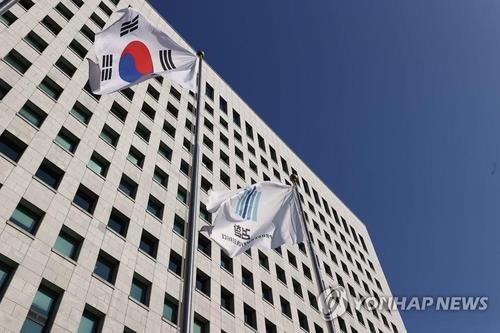 (LEAD) Court not to decide Monday on top prosecutor's suspension

(LEAD) Court not to decide Monday on top prosecutor's suspension