SEOUL, Nov. 30 (Yonhap) -- Kimchi is not just fermented cabbage but a central part of Korea's food culture, and the process of making it has already been recognized as a global standard for nearly two decades, Seoul's agriculture ministry said Monday.

The Ministry of Agriculture, Food and Rural Affairs made the remark to refute Chinese media's claim that Beijing has won a certification from the International Organization for Standardization (ISO) for its kimchi making process.

Korea’s kimchi vs. China’s paocai: Are they the same dish? 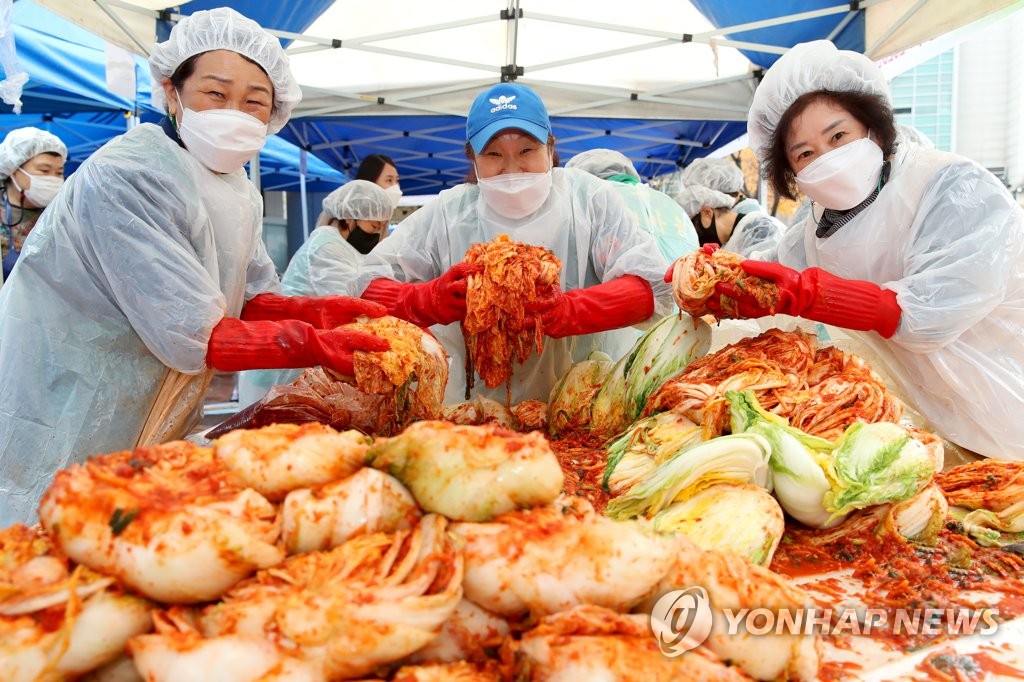 The ministry said Beijing won ISO certification for pao cai, another type of pickled vegetable consumed in China, which "has nothing to do with kimchi."

"We need to understand that pao cai is different from kimchi," the ministry said.

China began the process of standardizing pao chai in 2019, and five ISO members -- China, Turkey, India, Iran and Serbia -- last week approved categories of pao cai, according to the ISO document, which said, "This document does not apply to kimchi."

The ministry said the Food and Agriculture Organization (FAO), a body under the United Nations, officially recognized the industrial standard for kimchi in 2001, which stated ingredients, food additives labeling and the name of the product.

China's claim on making the international standard for kimchi sparked strong responses from local media, as many people regard it as Korea's soul food and often link it to the nation's identity.

The whole process of making kimchi, called "kimjang" -- washing and salting vegetables, saucing them with garlic, red pepper and salted fish, and burying them underground in breathable clay jars -- was designated UNESCO Intangible Cultural Heritage of Humanity in 2013.

Though making and sharing kimchi in large quantities in early winter was an essential part of community life in the past, more people in urban areas are buying packaged kimchi in supermarkets, with some storing them in special refrigerators for kimchi.

Experts say South Korea should remain alert over China's attempts to claim rights over cultural assets, pointing out that Chinese media reports' false alarm did not come as a coincidence.

"Such attempts came as China lacks efforts to understand the culture and history of surrounding nations," Seo Kyoung-duk, a professor at Sungshin Women's University, told Yonhap News Agency. "Both the government and civic groups need to take strong action against China's moves to take cultural assets away from Korea."

Seo argued that there is no doubt that kimchi has strong global recognition as an inherent part of the Korean culture.

"So-called cultural appropriation can happen when one group envies a tradition of another," Seo said. "With South Korea cultural content expanding its influence on a global scale, it seems that China is making efforts to claim that such content was traced to them." 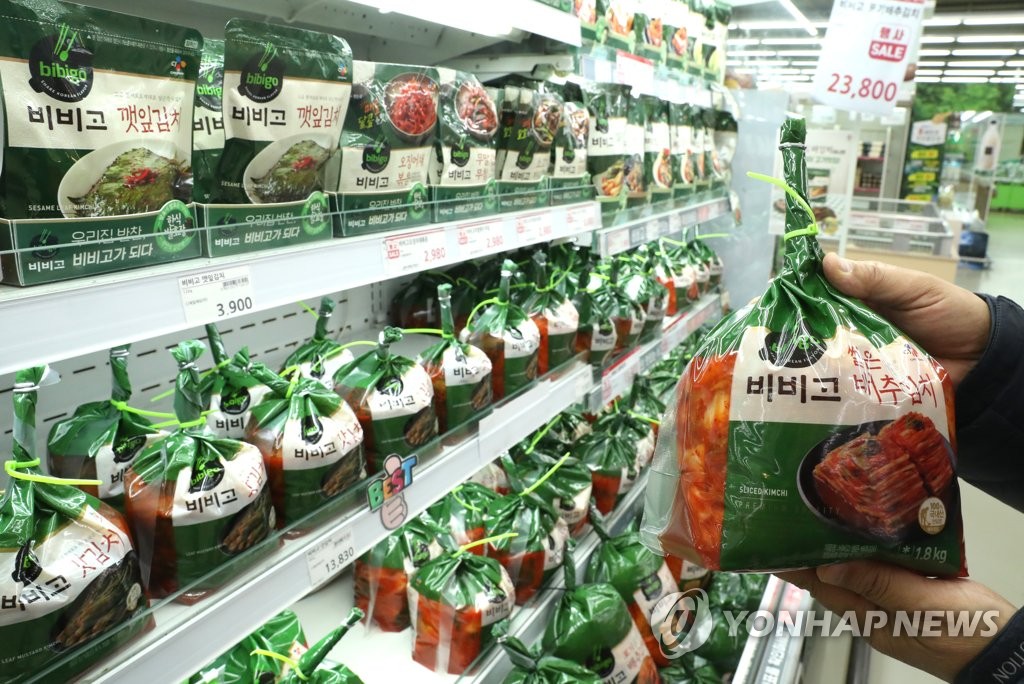 In response to the neighboring nation's attempt to lay claim to Korean traditional food, the South Korean government vowed to step up efforts to promote kimchi at home and abroad by conducting academic research on its health benefits and supporting cultural events to boost related businesses.

"South Korea plans to continue making efforts to improve exports of kimchi by establishing a stable supply chain of ingredients and improving its quality and competitiveness," the ministry said.

Outbound shipments of kimchi came to US$109 million over the January-September period, up 38.5 percent from a year earlier, according to the ministry.