Apple said on its homepage that it will soon open a new store in Yeouido, western Seoul, its second official store in the country. 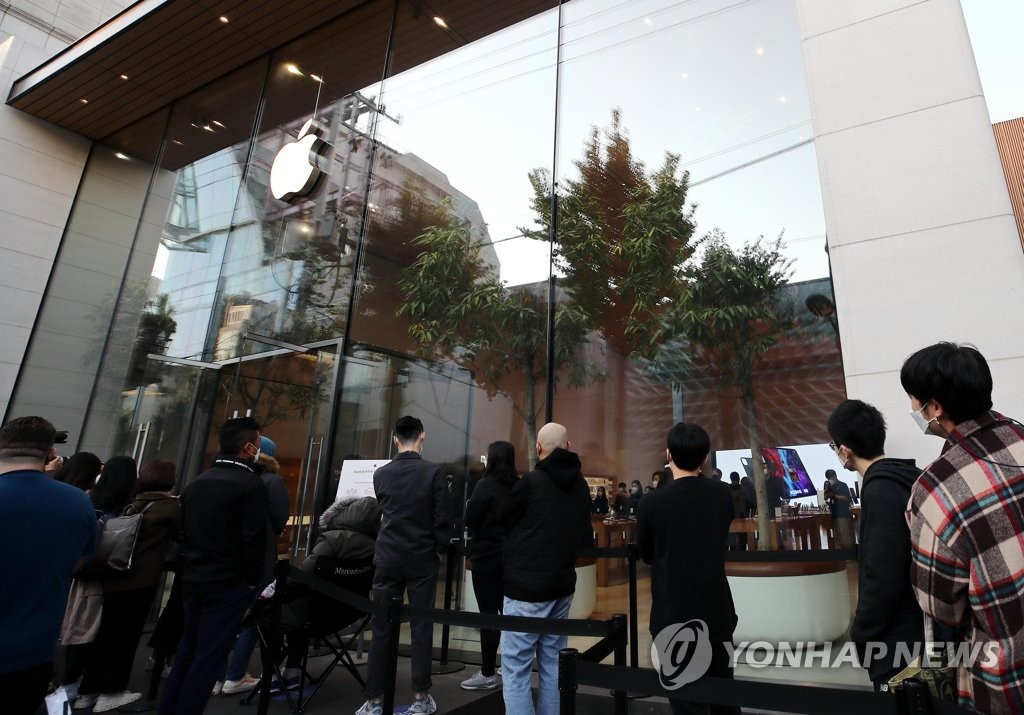 Despite the U.S. tech giant's popularity in the local market, it currently operates one official store in South Korea in southern Seoul.

The U.S. tech giant's move is expected to bolster its presence in the local market, which Samsung holds a tight grip over.

According to market researcher Strategy Analytics, Samsung Electronics held a 72.3 percent market share of the local smartphone market in the third quarter this year, with Apple at 8.9 percent.