Jin Air will provide one flight a week on the Incheon-Fukuoka route from Tuesday mainly to meet business travel demand, the company said in a statement.

The Fukuoka route was suspended nine months ago as more than 180 countries and territories strengthened entry restrictions to stem the spread of the COVID-19 pandemic.

The carrier currently operates 27 passenger jets, which are composed of four B777-200ERs and 23 B737-800s, on five international routes and 15 domestic routes.

It provided flights on 32 international routes to Guam, Hawaii and Asian countries, as well as on four domestic routes, before the pandemic hit the airline industry early this year. 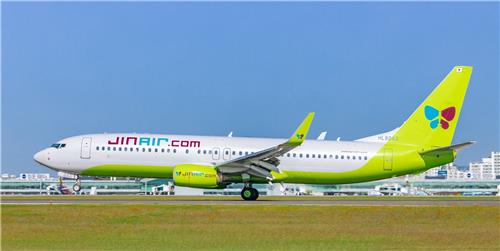 Jin Air to resume flights to Fukuoka next month

Jin Air to resume flights to Fukuoka next month