Local e-scooter sharing platforms currently offer their services to customers aged 18 years and older, or 16-17 years old with motorcycle licenses, but safety concerns have risen over teen users after a new law lowering the minimum age to 13 is set to take effect on Dec. 10. 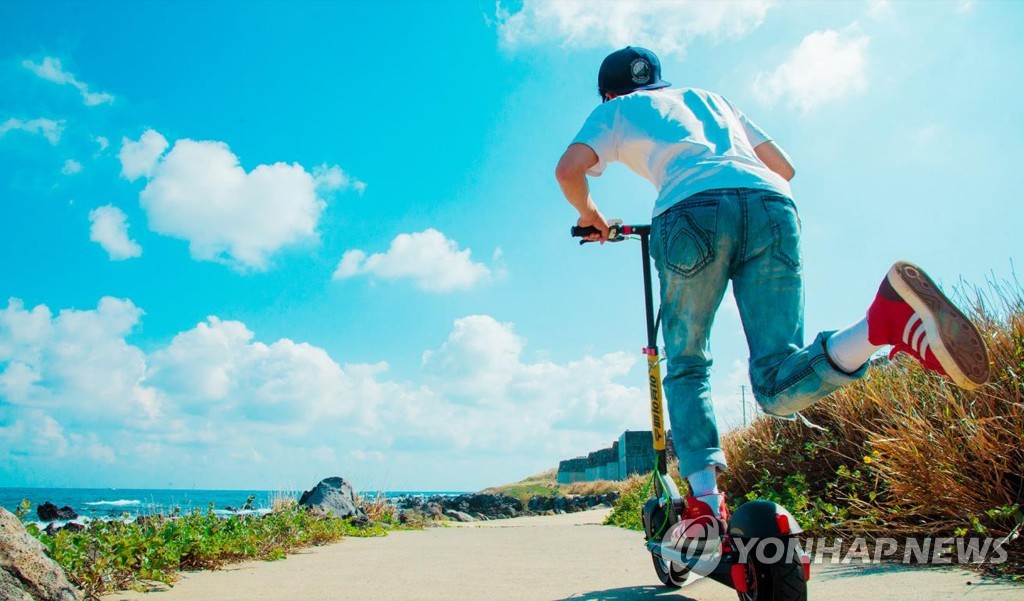 Under the revised Road Traffic Act, e-scooters will be classified as a type of bicycle, as opposed to being currently sorted as a type of motorbike, allowing people to ride e-scooters on cycling paths without a driver's license.

Ahead of the new rule's implementation, 15 personal mobility sharing companies, related ministries and the National Police Agency (NPA) launched a task force to draw up a set of safety rules on usage and parking in public places, the transport ministry said.

Although there will be also no penalty for riding without a helmet under the new rules, the companies and authorities will make sure users wear protective gear and avoid parking in restricted areas, such as the center of pedestrian roads, crosswalks and in front of subway stations, the ministry said.

Under the new law, those who ride personal mobility devices under the influence can be slapped with a fine of 30,000 won (US$27), and riders who injure pedestrians can be subject to up to five years in prison or a fine of 20 million won. 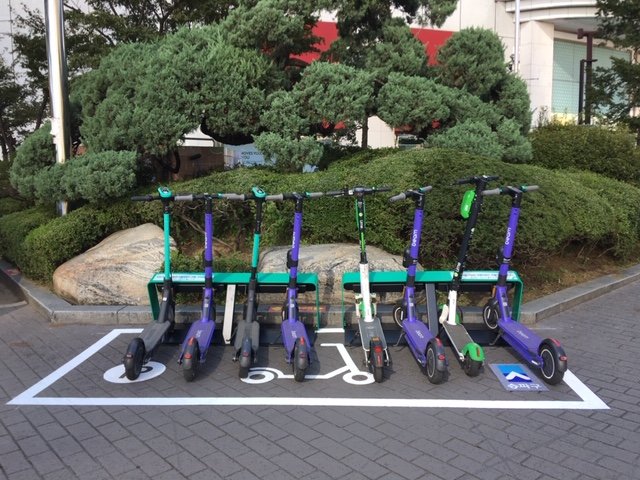 E-scooters have growingly emerged as convenient modes of transport in major cities, and gained more traction as a safe and personal mobility option this year under social distancing guidelines for COVID-19.

While the eased rules were aimed at boosting the fledgling mobility sector, a series of accidents involving teens have raised concerns about their safety.

A total of 52,080 units were registered nationwide as of end-August, a big jump from 17,130 tallied at the end of last year, according to data by the Korea Startup Forum and the Shared Personal Mobility Alliance (SPMA).