SEOUL, Nov. 30 (Yonhap) -- Suwon FC forward An Byong-jun was named the MVP of the K League 2 on Monday, becoming the first player of North Korean descent to nab the individual award in South Korean football.

An scored 21 of Suwon's 53 goals to lead all K League 2 scorers. He earned 14 votes from K League coaches and team captains, and 57 votes from the media. Those votes were converted to 72.4 points, nearly 50 more than the runner-up, Lee Chang-min of Jeju United. 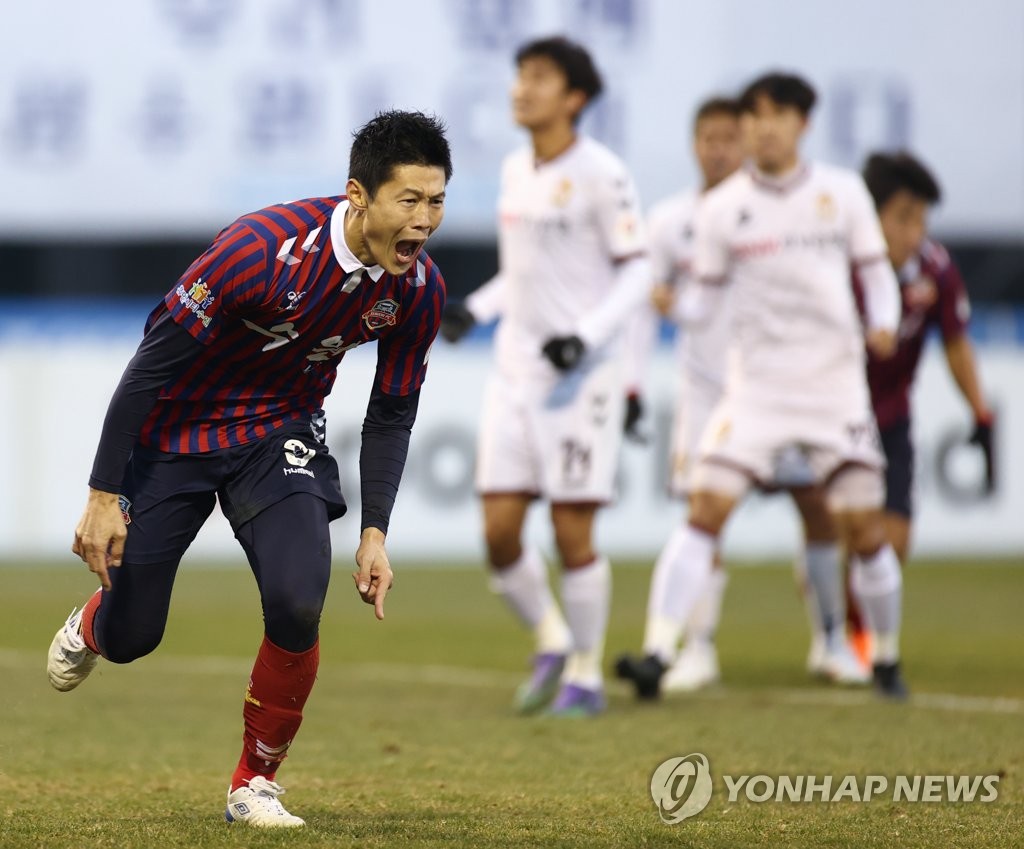 An, who was born in Japan and has represented North Korea internationally, signed with Suwon in late 2018.

"It's an honor to have my name etched into K League history," An said at an awards ceremony in Seoul. No fans or media were allowed for the occasion due to COVID-19 restrictions. "I'll try to stay humble to keep getting better as a player and a human being."

Among other winners, Jeju United head coach Nam Ki-il was named the Coach of the Year, after the club earned a promotion back to the K League 1 for next year. Jeju finished the season on a 16-match undefeated run.

Nam is the only coach in K League history to lead three different clubs to promotion, having done so with Gwangju FC in 2014 and Seongnam FC in 2018. 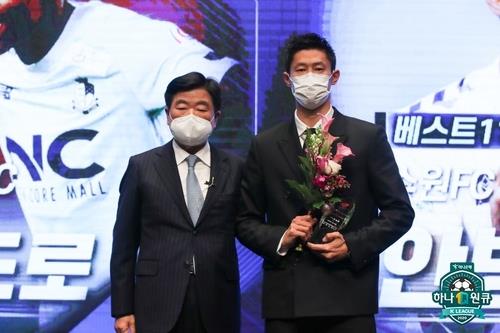 Jeju's forward Jung Jo-gook announced his retirement as he received the Lifetime Achievement Award. The 36-year-old said he will look to return to the K League as a coach after spending 18 years as a player.

Save for a brief stint in France, Jung spent 17 of those years for five clubs in the K League. In 2016 with Gwangju, Jung was voted the K League 1 MVP and won the scoring title. Gwangju finished in eighth place that season, and Jung remains the only MVP in league history not to come from a league champion or a runner-up.

Jung is also one of just three players ever to win the Rookie of the Year, MVP and scoring title over a career. 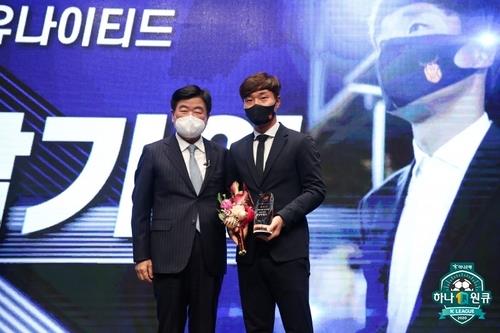 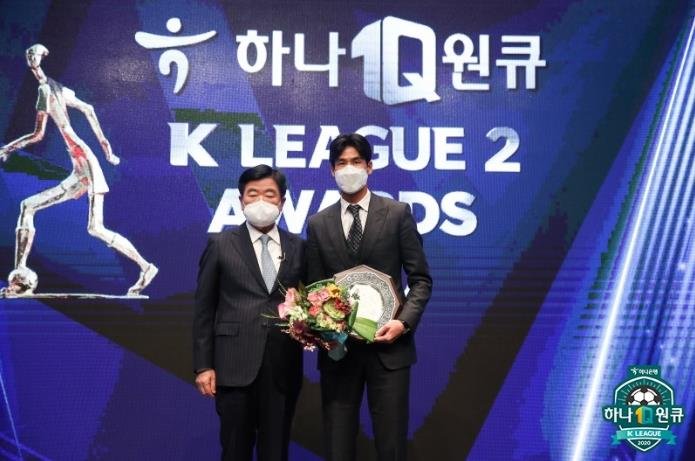