SEOUL, Nov. 30 (Yonhap) -- Foreign Minister Kang Kyung-wha presided over a videoconference late Monday with more than 180 South Korean ambassadors and consuls general to discuss ways to strengthen the roles of overseas diplomatic missions in the post-coronavirus era, her office said.

The meeting, which began at 9 p.m. (Seoul time), marked the opening of a three-day conference the foreign ministry is hosting virtually this week, with a series of online sessions involving officials at the overseas missions, businesspeople and the general public, the ministry said. 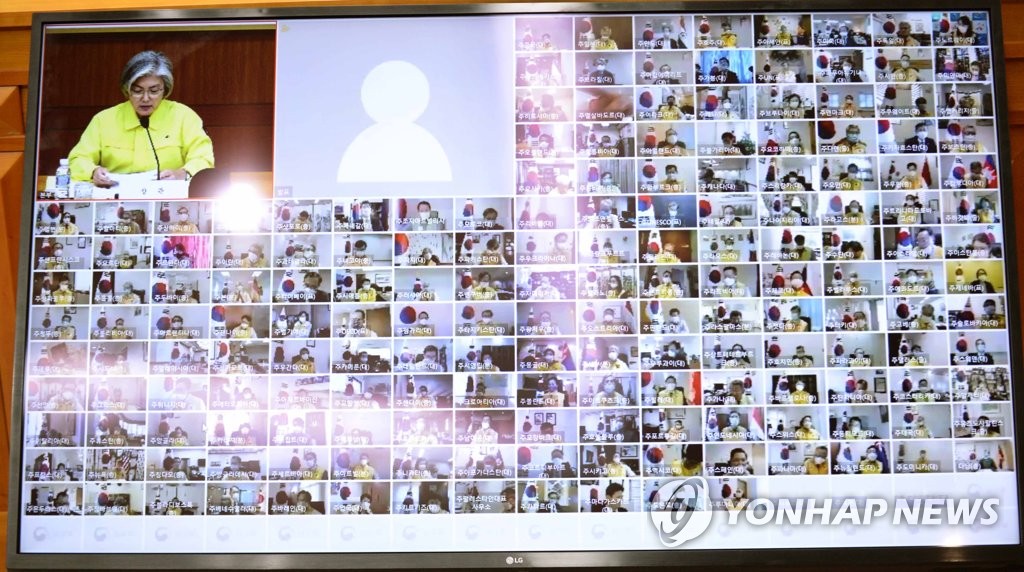