The meeting came as the top Malaysian envoy is scheduled to leave his post later this week. Ashri is due to retire next month.

At the meeting, Choi thanked the ambassador for the contribution he has made to developing the bilateral relations during his term in Seoul and expressed hope for the two countries to continue efforts to further deepen ties.

Choi also suggested the two sides can work together to allow expedited entry for essential travelers amid the COVID-19 pandemic, and for Malaysia to actively consider joining the Seoul-based International Vaccine Institute (IVI) to work together toward vaccine development.

Choi also asked for the Malaysian government's attention to and support for Seoul's New Southern Policy Plus, an upgrade of President Moon Jae-in's signature policy aimed at deepening ties with the Southeast Asian partners and India.

Ashri, in response, noted that Seoul's policy on Southeast Asia has helped their bilateral relations develop further and reaffirmed his country's continued commitment to expanding bilateral cooperation with South Korea, according to the ministry. 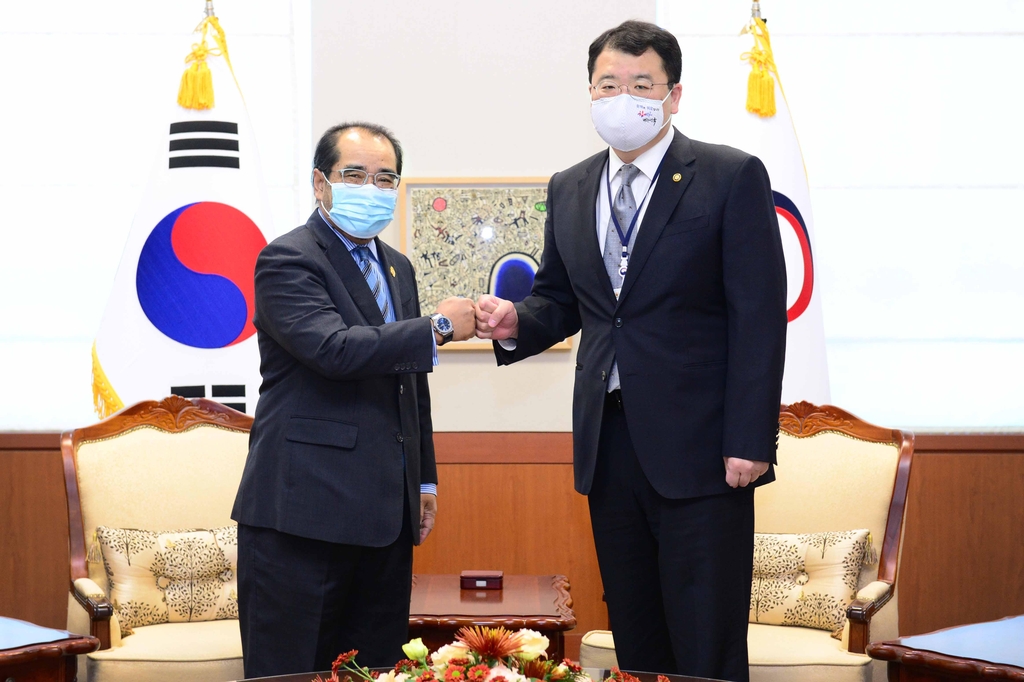