Ulsan are the first of four South Korean clubs to clinch a knockout spot at the Asian Football Confederation (AFC) Champions League, following their 2-1 victory over FC Tokyo in the Group F showdown at Education City Stadium in Al Rayyan, Qatar, on Monday night. It was Ulsan's fourth consecutive victory at Asia's top club competition.

Ulsan improved to 13 points on four wins and a draw, with one match remaining. They're six points clear of FC Tokyo, who also have one match left. This means Ulsan will finish atop Group F regardless of how they fare against Shanghai Shenhua in their final group match Thursday. 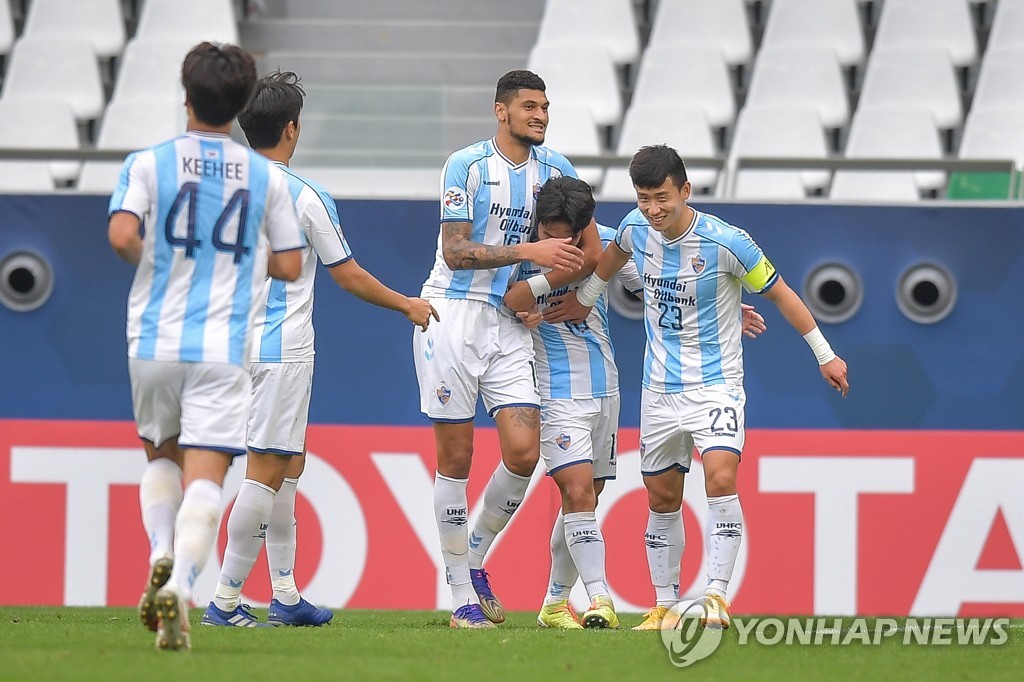 The AFC Champions League kicked off in February but came to an abrupt stop in early March due to the coronavirus outbreak across the continent. The competition for clubs in the East Zone -- South Korea, China, Japan, Australia and Thailand -- resumed in mid-November in a bubble set up by Qatar.

Ulsan, chasing their first major trophy of the year, have won all four matches since the resumption and outscored opponents 9-3.

Midfielder Yoon Bitgaram has four of those nine goals. He enjoyed his second two-goal performance in Doha on Monday against FC Tokyo, scoring in the 44th and then 85th minutes after the Japanese side scored just one minute into the match.

Ulsan finished runners-up in both the K League 1 and the Korean FA Cup. Jeonbuk Hyundai Motors grabbed both titles, but while Ulsan are humming along in Qatar, Jeonbuk are in danger of missing out on the knockout stage at the AFC Champions League.

Ulsan coach Kim Do-hoon said after Monday's victory that his players never panicked after giving up the early goal because they were thoroughly prepared. 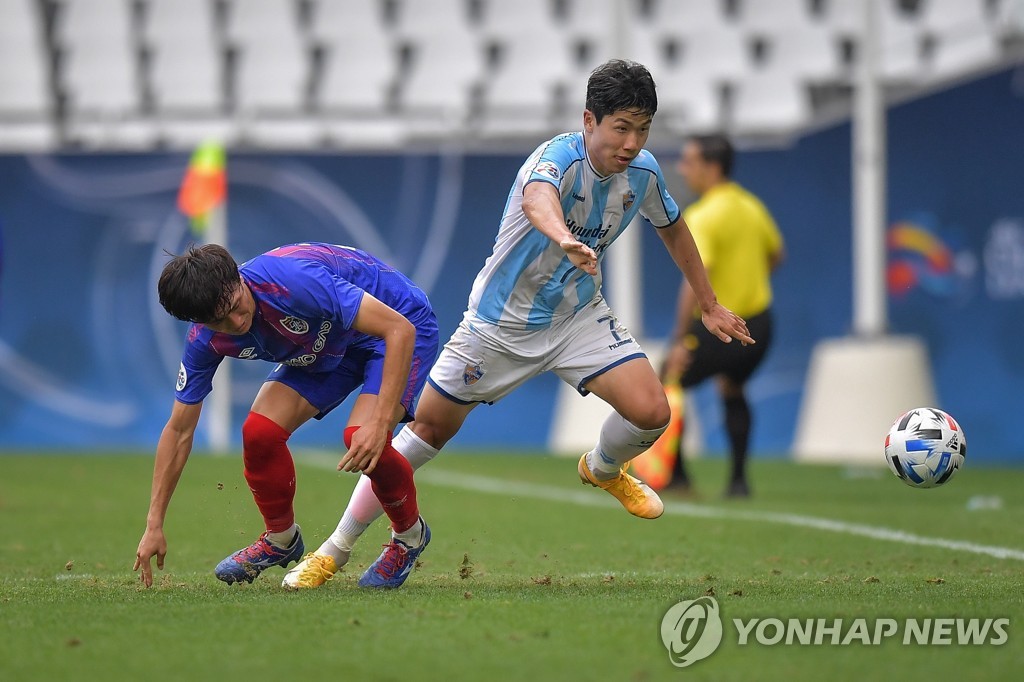 "Our players are trying their best to stay sharp even in challenging circumstances," Kim said, according to a transcript of the press conference provided by the K League. "The level of their concentration on each match has been extremely high. I think we've developed a winning mentality, and we must try to maintain it."

Ulsan also received much-needed reinforcements on Monday. Midfielder Won Du-jae and defender Kim Tae-hwan returned to action after completing their quarantine on the heels of their recent international duty. They played for the national team in Austria, where seven of their teammates tested positive for COVID-19. Won and Kim, who didn't test positive and got their clearance after serving quarantine, came on as second-half substitutes in Monday's match.

One other national team member from Ulsan, defender Jung Seung-hyun, is also back in Qatar but wasn't in the lineup Monday. 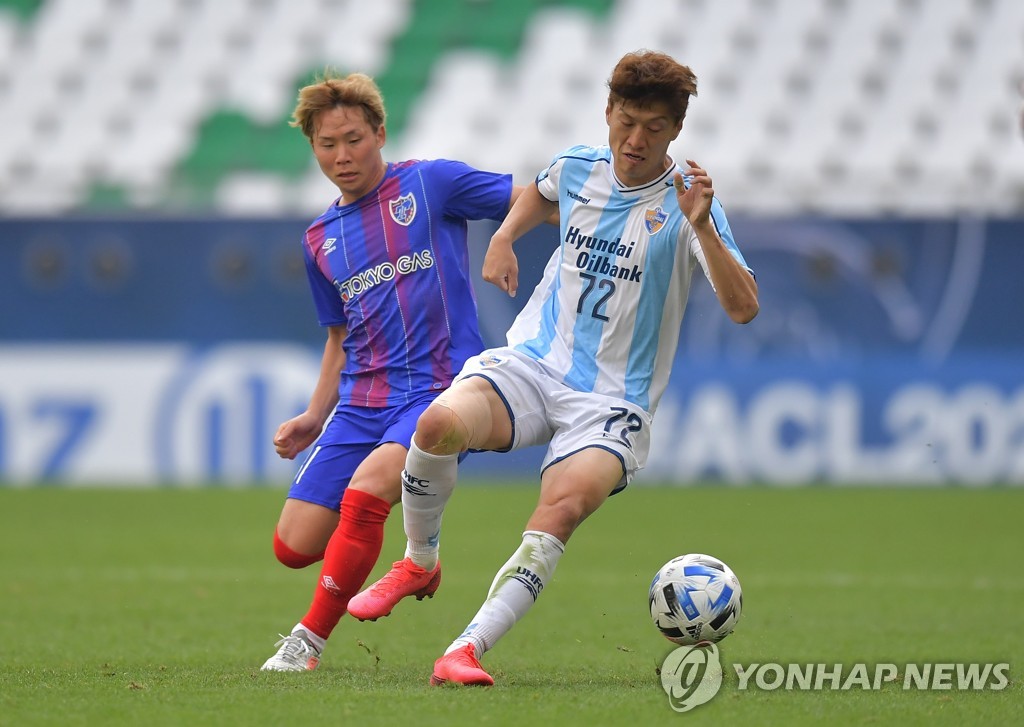 "It was a welcoming sight," coach Kim said of two players' return. "It was clear to the rest of the team that these guys wanted to help. We don't know how far we'll go in the tournament, but we'll try to keep this going."

"I am trying to stay aggressive whenever I get opportunities," Yoon said. "I think we're all trying to have fun on the pitch and it's led to some positive synergy."

Just as three players rejoined Ulsan in Qatar, one player, midfielder Lee Dong-gyeong, has left the team with a knee injury.

Ulsan announced Tuesday that Lee will miss the rest of the year with a left knee ligament injury, which he sustained during practice in Qatar last month. He didn't play in any of the four matches in the bubble.

The injury closes the chapter on a disappointing season for the 23-year-old. Lee began the year on a high note, helping South Korea win the Asian Olympic qualifying tournament in January. But in the K League 1 season, Lee was held to just two goals and one assist in 18 matches. He came off the bench in 15 of those, and he never once played the full 90 minutes.

Also on Monday in Qatar, FC Seoul lost to Beijing Guoan 3-1 at Jassim bin Hamad Stadium in Doha. It was Seoul's second straight loss in Group E, but they stayed in second place with six points from two wins and three losses. Beijing have locked down the top spot with 15 points on five consecutive wins.

FC Seoul will close out the group stage Thursday against Melbourne Victory.

FC Seoul also caught a break Monday night when Melbourne and Chiangrai United played to a 2-2 draw. Those two clubs each have four points apiece.

Melbourne had been the favored side and if they held on to an early 2-0 lead, they would have improved to six points, level with FC Seoul going into their Thursday match.

But now FC Seoul hold a two-point lead over Melbourne, and a draw on Thursday would be enough for FC Seoul to reach the knockout stage as the Group E runner-up.

That would set up a date with Ulsan in the round of 16 at Education City Stadium on Sunday. 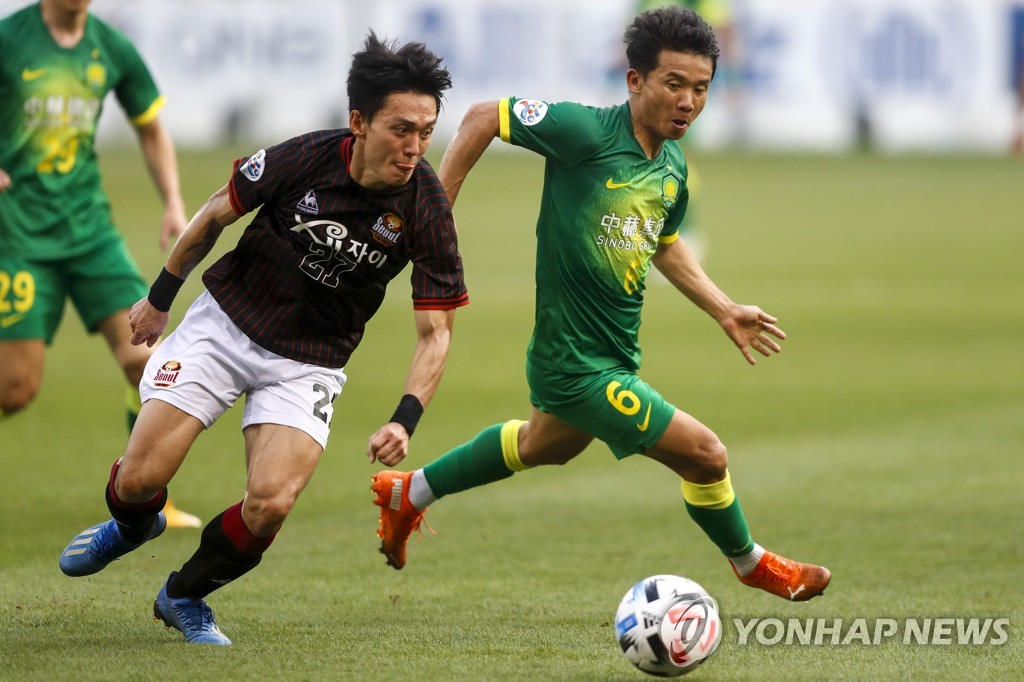