The agreement was made during a meeting of floor leaders and two other senior lawmakers from the ruling Democratic Party and the main opposition People Power Party held earlier in the day.

The agreed amount represents an increase of 2 trillion won from what the government initially proposed.

Under the agreement, 3 trillion won will be allocated for a new third round of assistance funds to be distributed to small business owners and self-employed people hit hard by the recent resurgence of COVID-19 cases.

The 2021 budget will also include 900 billion won earmarked for the purchase of COVID-19 vaccines to inoculate around 44 million people, according to officials from both parties.

The officials said their parties plan to pass the budget bill at the National Assembly's plenary session on Wednesday. 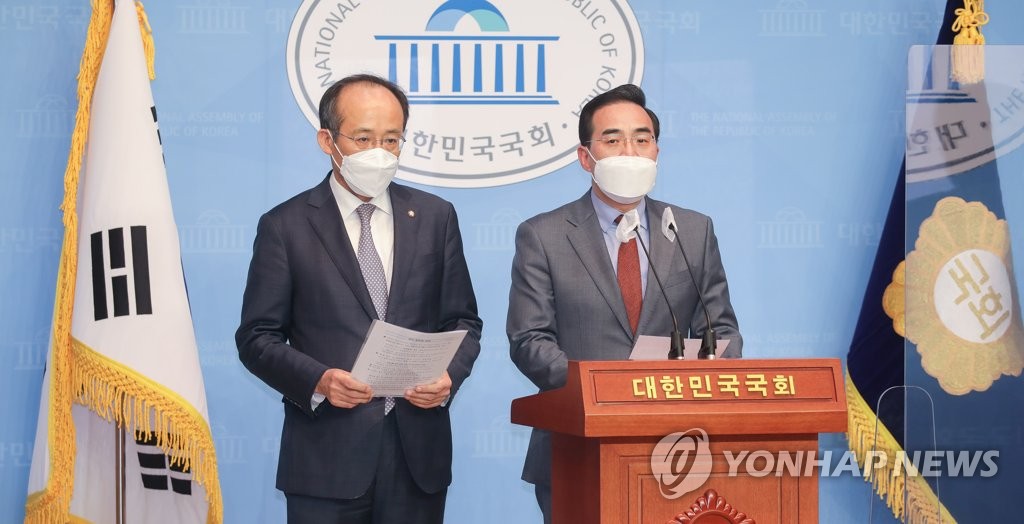 If passed as planned, the bill would mark the first annual state budget approved by the National Assembly within the legal deadline since 2014, as fierce partisan wrangling often made it difficult to pass such bills on time.

"In recognition of the people's desire for a change in the 21st National Assembly, (the parties) decided to process the bill before the time limit set by the Constitution," Rep. Park Hong-keun of the ruling party told reporters after attending the meeting.

"(The People Power Party) took part in the agreement with a perspective that people's livelihoods are in a dire condition and the country is in urgent need of countermeasures to overcome the coronavirus crisis," Rep. Choo Kyung-ho of the People Power Party said.