SEOUL, Dec. 1 (Yonhap) -- North Korea could try to improve its currently chilled relations with South Korea next year so as to strengthen its leverage in future nuclear negotiations with the United States, a state-run think tank said Tuesday.

The Seoul-based Korea Institute for National Unification also said that the May-September period will be a "golden time" to make progress in stalled nuclear talks and inter-Korean ties as the Tokyo Summer Olympics could serve as a platform for resuming talks.

The North is expected to unveil its policy direction on the U.S. and South Korea during a rare party congress to be held early next month amid uncertainty over Washington's North Korea policy after Joe Biden's election as new president.

"Chances are high that North Korea will take a reconciliatory approach to South Korea in a way that actively utilizes it until the new U.S. government determines its North Korea policy," the think tank said in a report.

Inter-Korean relations have been stalled since a no-deal summit between North Korean leader Kim Jong-un and U.S. President Donald Trump in February last year as they failed to find middle ground over how to match Pyongyang's denuclearization steps with Washington's sanctions relief.

The think tank said that the Tokyo Summer Olympics, which will kick off in July, could serve as a major platform to resume talks as was the case with North Korea sending athletes to the 2018 PyeongChang Winter Olympics, which led to the historic first-ever summit between Kim and Trump.

"That (May-September) period is the right time for the two Koreas and the U.S. to resume peace talks and reach an agreement," the think tank said.

With regard to the North's stance on the U.S., the think tank said that Pyongyang will likely take a "wait-and-see" stance toward the U.S. until its North Korea policy shapes up.

But volatility could flare up anytime once it becomes clear that the Biden administration does not inherit the previous summit agreements reached between Kim and Trump, it added.

The think tank urged South Korea to stably manage situations on the Korean Peninsula and try to persuade Washington to draw up North Korea policy based on its peace initiative. 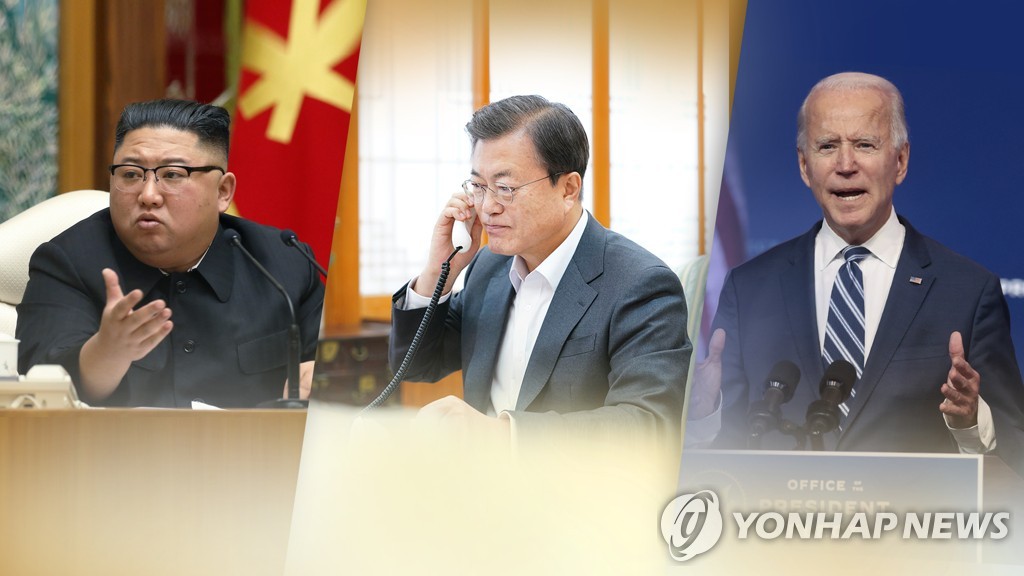