Last week, Choo suspended Yoon from duty as she sought a disciplinary measure against him over six counts of alleged misdeeds, including collecting personal information of justices in charge of cases related to a former justice minister and suspected election interference by presidential officials.

Yoon sought a court injunction to stop the unprecedented order from going into effect and filed a lawsuit at the Seoul Administrative Court. 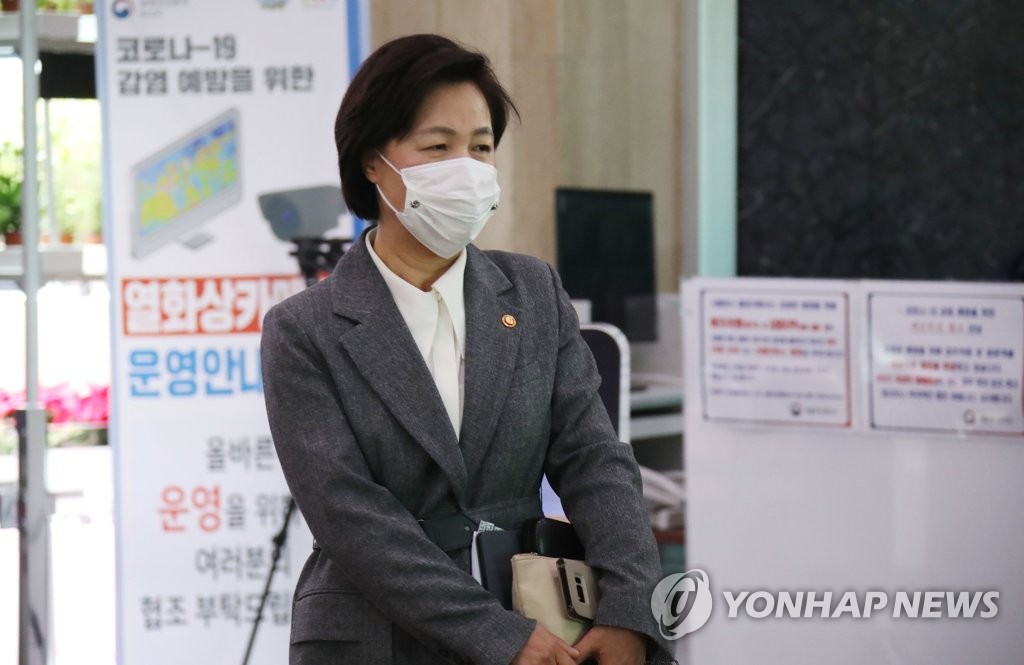 The vehicle of Justice Minister Choo Mi-ae was seen arriving at Cheong Wa Dae at 11:15 a.m., after a Cabinet meeting that she attended ended at the nearby Seoul government complex. Choo's arrival was reportedly not scheduled.

A justice ministry official familiar with Choo's schedule told Yonhap News Agency that "the minister briefed (the president) on the current situation after the Cabinet meeting."

Choo's visit to Cheong Wa Dae was made a day after Prime Minister Chung Sye-kyun's regular weekly Monday meeting with Moon. During the meeting, the prime minister reportedly told the president that "stepping down is unavoidable" for Yoon.

Chung also reportedly suggested to Moon that the resignation of Choo needed to be sought together.

Ahead of the Cabinet meeting, Choo also spoke privately with Chung for about 10 minutes and is believed to have discussed the ongoing situation surrounding Yoon's job suspension.

The justice ministry later issued a statement confirming that Choo met with the president to brief him on the situation. The ministry, however, said that the idea of resignation was not mentioned during the meeting.