SEOUL, Dec. 1 (Yonhap) -- Foreign Minister Kang Kyung-wha will travel to Bahrain and the United Arab Emirates (UAE) later this week for a security conference and meetings with senior officials of the two countries, her office said Tuesday.

Kang will make a two-day trip to Bahrain starting Friday, during which she will attend the Manama Dialogue, a multilateral security meeting involving countries in the Middle East and Europe, the United States and others, the ministry said in a release.

She is scheduled to give a speech about global governance under the COVID-19 pandemic and also plans to have a series of bilateral talks with her Middle Eastern counterparts on the margins of the conference.

Kang will then fly to the UAE on Saturday and hold talks with her counterpart, Abdullah bin Zayed Al Nahyan, to discuss ways to strengthen cooperation in areas including energy, food, security, science and culture.

In the UAE, she will also pay a visit to the site where construction has been under way for the South Korean pavilion for the Dubai Expo slated for next year and will meet with Reem Al Hashimi, the minister for international cooperation, who doubles as the chief of the EXPO organizing committee, according to her office. 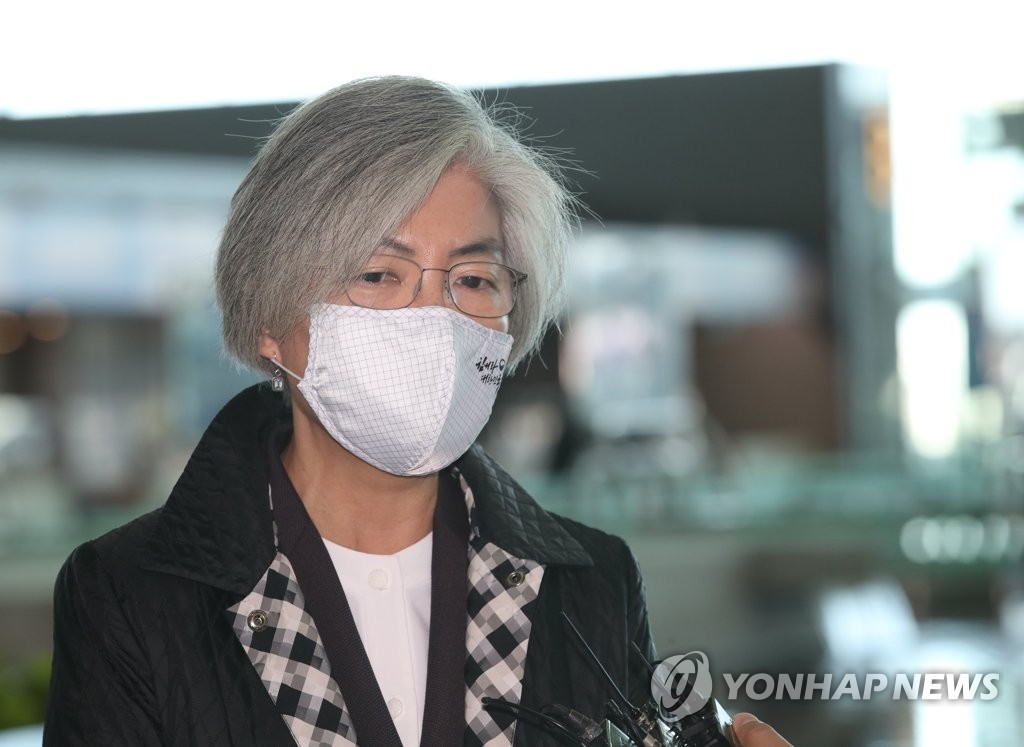