SEOUL, Dec. 1 (Yonhap) -- Renault Samsung Motors Corp. said Tuesday that its auto sales plunged 48.7 percent last month from a year earlier due to the coronavirus' impact on the automobile industry.

The South Korean unit of Renault S.A. sold 8,074 vehicles in November, down from 15,749 units a year ago, as the COVID-19 pandemic continued to weigh on demand for its models, the company said in a statement.

The upgraded model of the QM6 sports utility vehicle was the bestselling car in the domestic market in November, selling 3,647 units.

From January to November, its sales dropped 33.2 percent on-year to 107,151 units, mostly due to weak demand in overseas markets. 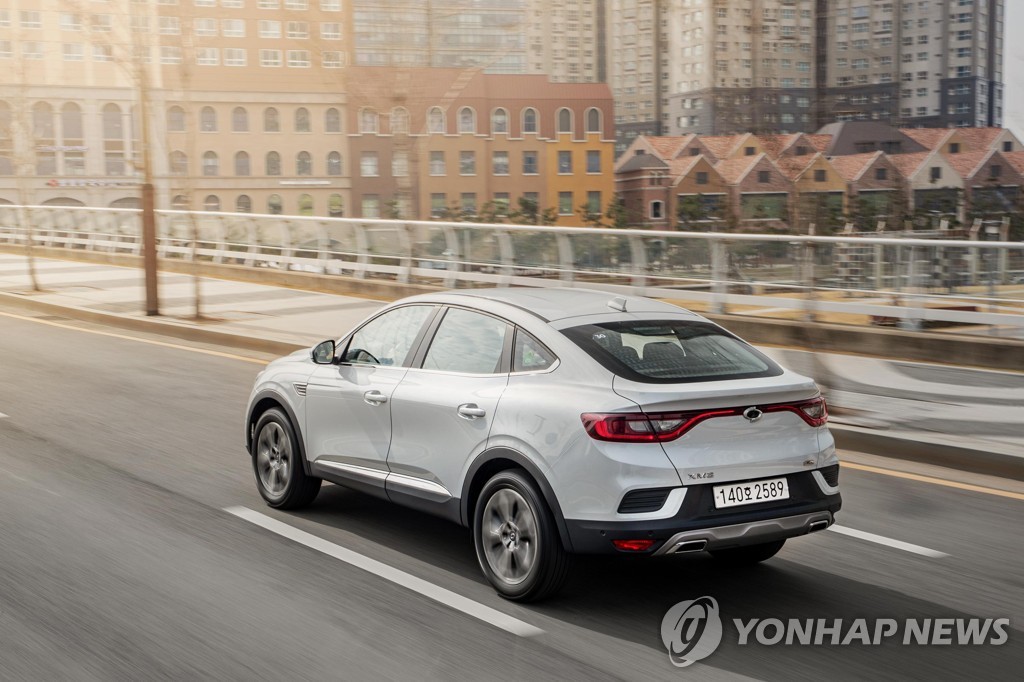 Renault Samsung's Nov. sales fall by nearly half amid pandemic

Renault Samsung's Nov. sales fall by nearly half amid pandemic