SEOUL, Dec. 1 (Yonhap) -- South Korean stocks rebounded from a sharp decline the previous session to hit a new all-time high Tuesday on the back of upbeat economic data, lifting hopes for a faster-than-expected recovery amid the pandemic. The Korean won rose against the U.S. dollar. 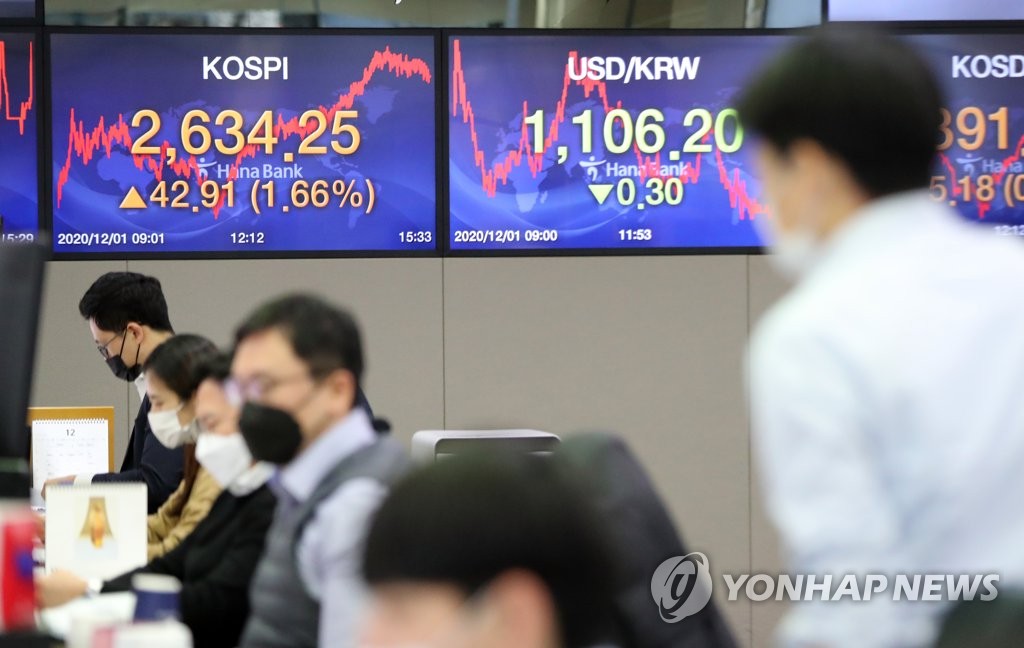 The benchmark index got off to a strong start as investor sentiment was buoyed by promising economic data.

South Korea's economy grew 2.1 percent in the July-September period from the previous quarter, faster than its earlier estimate of 1.9 percent.

The local currency closed at 1,106.2 won per dollar, up 0.3 won from the previous session's close.

Bond prices, which move inversely to yields, closed higher. The yield on three-year Treasurys lost 0.1 basis point to 0.982 percent, and the return on the benchmark five-year government bond fell 0.2 basis point to 1.335 percent.