The labor ministry released its study on the work conditions and health of couriers following a recent series of deaths of workers apparently from overwork. The survey was conducted online on 1,862 workers of four major logistics companies from Nov. 1-13.

The survey found 41.6 percent work 14 hours per day during high seasons, including national holidays, while 34.7 percent put in between 12 and 14 hours and 16.6 percent work between 10 and 12 hours. 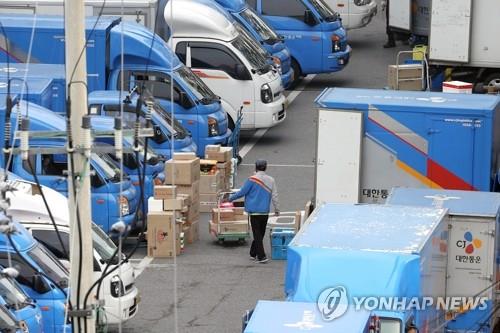 Most of them, 88.8 percent, take less than 30 minutes of rest, including lunch time, per day.

Only 19.4 percent of the couriers receive help from additional workforce for the increased workload during peak seasons, while 77.7 percent handle the burden themselves through overtime. 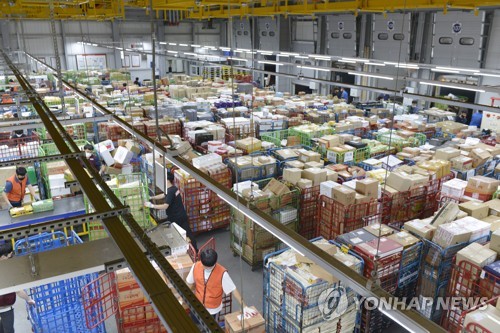 A total of 69.6 percent said they feel fatigued or very fatigued from work, while a mere 1.2 percent answered they do not feel so.

Their poor working conditions came to light as 15 delivery workers have died apparently in relation to overwork this year as of October, according to a couriers' advocacy group.

40 pct of delivery drivers work over 14 hours per day during peak season: survey

40 pct of delivery drivers work over 14 hours per day during peak season: survey