The blaze started on the 12th floor of the building located in the city about 32 kilometers south of Seoul, at around 4:37 p.m., they said.

Among the victims, two fell to their deaths, while three were found dead in the stairwell leading to the rooftop.

Firefighters brought the blaze under control at 5:11 p.m. by mobilizing choppers, pumpers and other equipment. 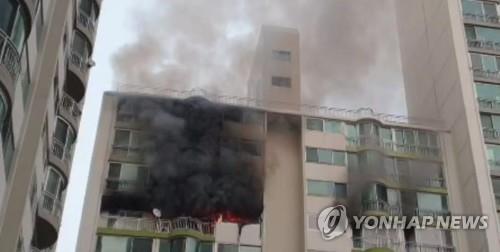 At least 5 killed in apartment building fire in Gunpo

At least 5 killed in apartment building fire in Gunpo