(ATTN: RECASTS headline; UPDATES number of deaths and other details)

SEOUL, Dec. 1 (Yonhap) -- Four people were killed and seven others injured in a fire at a 25-story apartment building in Gunpo, Gyeonggi Province, on Tuesday afternoon, fire authorities said.

Among the victims, two fell to their deaths, while two were found dead in the stairwell leading to the rooftop, authorities said, adding one of them is in a critical condition.

The blaze started on the 12th floor of the building located in the city about 32 kilometers south of Seoul, at around 4:37 p.m.

Firefighters brought the blaze under control at 5:11 p.m. by mobilizing choppers, pumpers and other equipment and put out the fire at 5:40 p.m.

Interior Minister Chin Young instructed relevant authorities to do their best in response to the disaster, including search and rescue work and efforts to determine the exact cause of the blaze.

Police are looking into what led to the fire, having secured a testimony that remodeling work was under way. 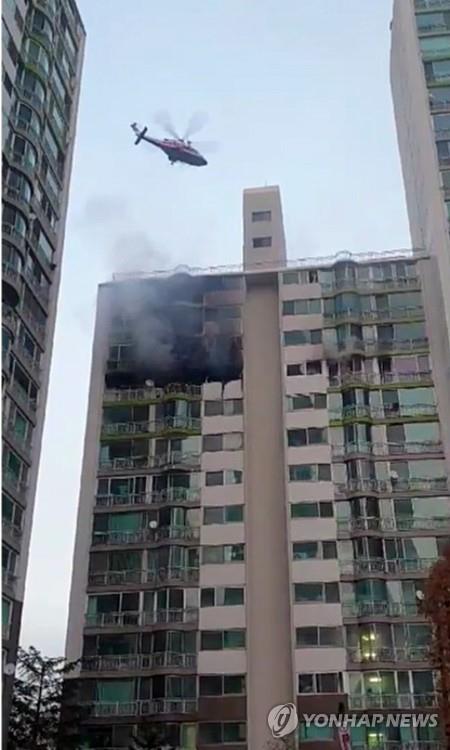