Alex Wong, deputy assistant secretary of state for North Korea, insisted China often "chooses" not to implement the sanctions imposed by the U.N. Security Council, of which it is a permanent member.

"It (China) has the resources to implement its UN sanctions obligations. But again, it chooses not to," Wong told an online seminar hosted by the Center for Strategic and International Studies, a Washington-based think tank.

Just over the past year, Wong noted, there were 555 occasions where ships suspected of carrying coal or other sanctionable goods from North Korea reached China with the Chinese authorities doing nothing to stop them. 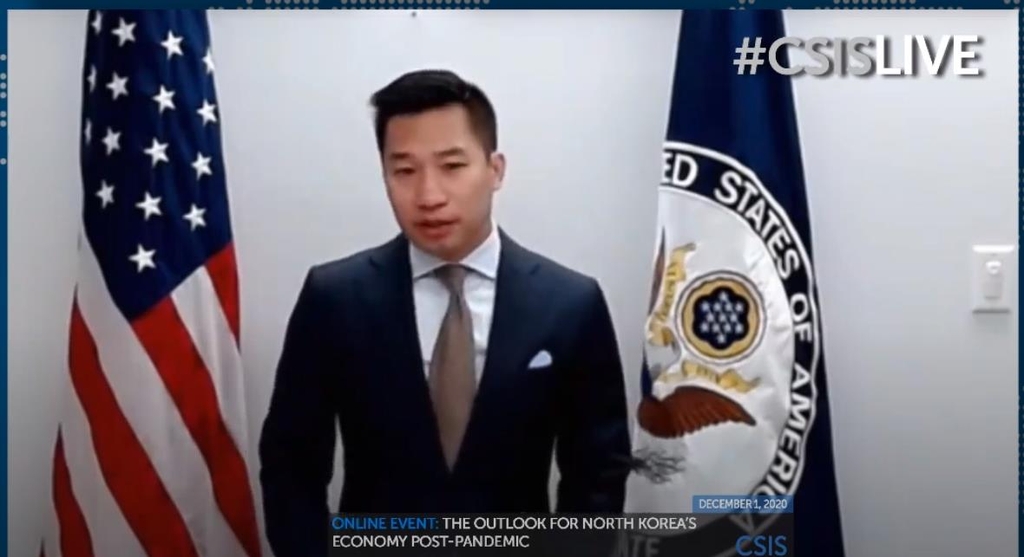 "One thing I can say is that Beijing's failures to meet its obligations is in direct contravention of China's professed desire to support a denuclearized and peaceful Korean Peninsula. If it truly wants the latter, it must do former," he told the webinar.

To help expose sanctions evasion activities by North Korea, the U.S. State Department has since June 2019 offered up to a US$5 million reward for information on such activities.

The State Department on Tuesday launched a website specifically dedicated to such information, according to Wong.

"Today, the State Department is launching a new website, DPRKrewards.com, through which individuals across the globe (can) provide information to our rewards for justice program on DPRK sanctions evasion," he said.

Wong noted North Korea-China trade has plummeted since 2017, when the U.N. Security Council passed its latest and strongest-ever sanctions resolution on the communist North.

"China for sure has reduced its overall trade with DPRK since 2017, and this has become even more apparent during this period of COVID-19. But the remaining illicit unreported trade that exists is significant," said Wong.

The U.S. diplomat insisted Beijing was seeking to "undo" the U.N. sanctions as part of efforts to expand its own influence over Pyongyang.

"Chinese leaders are asking us to build the frame of a house, even furnish it, without laying the foundation first," said Wong.

"Premature sanctions relief would put the stable economic future we all want for North Korea even farther into the distance by removing a key impetus for the DPRK to negotiate and to take serious denuclearization steps," he added.