WASHINGTON, Dec. 1 (Yonhap) -- The United States is not asking its allies, including South Korea and Japan, to sever their ties with China but to call out bad behavior, a senior U.S. diplomat said Tuesday.

"First of all, we recognize both Japan and South Korea have very complex, very nuanced relations with the People's Republic of China, intense trading ties (and) other ties. And so certainly, I think, we are not asking to contain China or to cut them off," Knapper said in a virtual seminar hosted by Los Angeles Global Affairs Council. 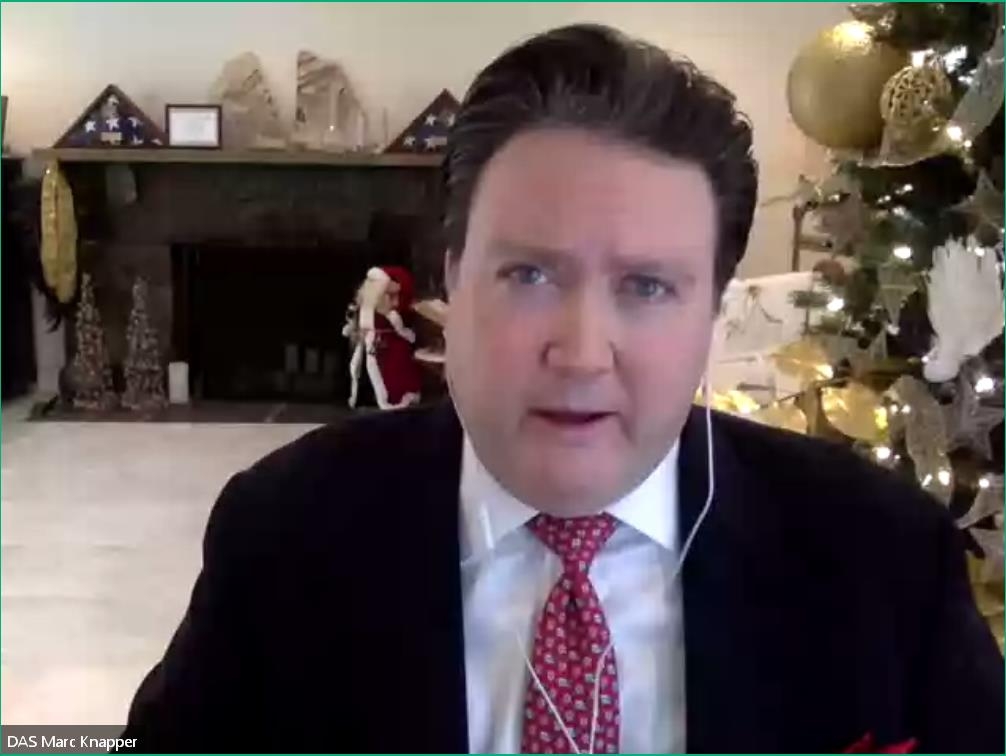 Tensions between Washington and Beijing have been increasing amid a U.S. campaign against what it calls "aggressions" from the Chinese communist party.

The growing competition between the two is also putting pressure on many U.S. allies, especially those in Asia such as South Korea, whose trade and economies depend heavily on China. For instance, China alone accounts for nearly one fourth of South Korea's overall exports.

Knapper encouraged the countries to call out China's bad behavior when they see it.

"I think we, with our Japanese and our Korean allies and others, really have to stand up and do recognize when we see bad behavior," he told the webinar.

"Certainly, China is one of the five permanent members of the UN Security Council, has a very special, unique responsibility in terms of dealing with North Korean issue," said Knapper.

He, however, argued Beijing has failed to faithfully implement the steps aimed at denuclearizing the communist North.

"China, together with the other permanent members, really has to step up and enforce the various sanctions and other activities to pressure North Korea," he said.

His remarks came shortly after Alex Wong, deputy special representative for North Korea, accused China of trying to "undo" U.N. Security Council sanctions in an attempt to enhance its own economic presence and influence in North Korea.

Still, he said the U.S. will continue to work with China, noting any solution to the North Korean nuclear issue will require "good cooperation with China."

"I mean this is one of these issues that we do need to try to do more, frankly, and so I think we're going to continue to publicly and privately try and impress the Chinese the need for them to step up and honor their special responsibility as a U.N. Security Council permanent member," he said.