SEOUL, Dec. 2 (Yonhap) -- Samsung Electronics Co. on Wednesday named the new chiefs of its memory and foundry businesses as the South Korean tech giant aims to further expand its presence in the chipmaking sector.

Samsung announced that Lee Jung-bae, 53, has been promoted to chief of its memory business, while Choi Si-young, 56, will head its foundry business.

Samsung said the latest move is aimed at bolstering its technological competitiveness and occupying new markets with the next generation of leaders.

Lee is an expert in the DRAM sector who played a pivotal role in Samsung becoming the dominant player in the memory industry.

The South Korean tech giant said it believes Lee will further widen the gap with competitors in the memory business, including DRAM, NAND flash and other solutions.

Choi is an expert in chip manufacturing and processing solutions, having served in various posts in Samsung's semiconductor business.

Samsung expects Choi to use his experience and expertise in chip producing processes to achieve its goal of becoming the leading player in the foundry sector.

Samsung was the No. 2 player in the contract chip making industry with a 17.4 percent share in the third quarter, trailing far behind Taiwan Semiconductor Manufacturing Co. (TSMC) that boasts a 53.9 percent market share.

Their predecessors have been assigned to new posts with the task of securing future technologies and managing broader research and development (R&D) projects.

Jin Gyo-young, who led the memory business, has been named head of the Samsung Advanced Institute of Technology (SAIT), while Jung Eun-seung, previously head of the foundry business, will serve as chief technology officer of Samsung's device solutions division. 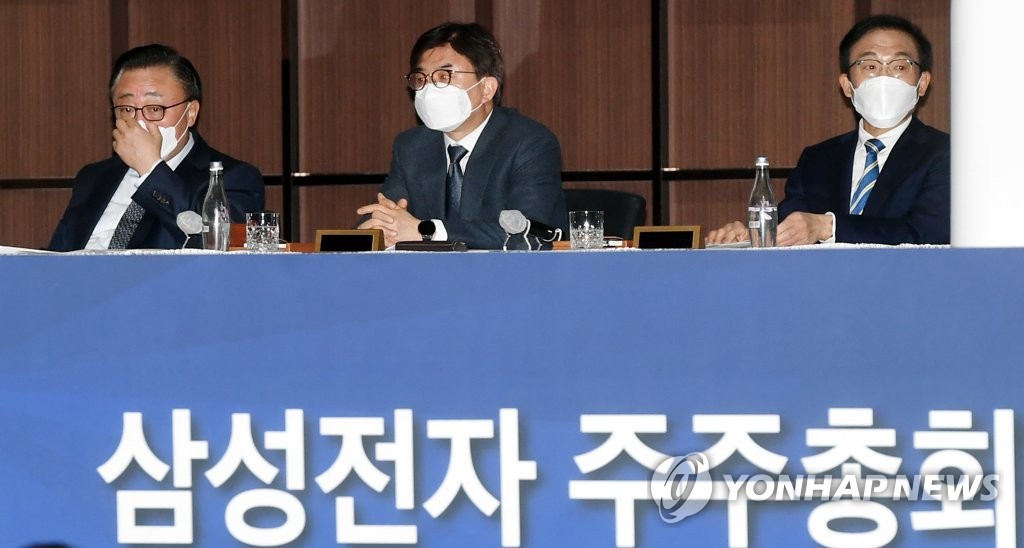 Samsung said CEOs in its three major business divisions -- Kim Ki-nam at device solutions, Kim Hyun-suk at consumer electronics and Koh Dong-jin at IT and mobile communications -- will remain in their posts as the company sought stable management amid global uncertainties.

He is the first man from the consumer electronics business unit to earn the title of president, according to Samsung. The 60-year-old led the development of hit home appliances, including the BESPOKE series, and has been chief of the company's digital appliances unit since January.

Samsung said it will announce executive level reshuffle and unit reorganizing plans in the upcoming days.