For decades, buying an apartment in a decent neighborhood in the capital city has not been easy for a typical family, but it has become an even more elusive goal under the administration of liberal President Moon Jae-in that took office in May 2017.

Moon has made clear that houses should be for those who live in them, not for speculators, rolling out 24 rounds of measures to cool down the real estate market, including a tax hike, tighter lending rules and regulations on apartment reconstruction.

Prices of both home purchases and rentals, however, have continued their upward march in the Seoul metropolitan area, home to nearly half of the nation's 51.6 million population, supporting the long-held belief that putting money in real estate is a smart investment.

The average apartment price per 3.3 square meters in the capital soared 58 percent to 41.6 million won (US$37,585) during Moon's three-year presidency, which is 4.5 times the increase tallied for nine years under the preceding two conservative governments, according to data by the civic group Citizens' Coalition for Economic Justice. 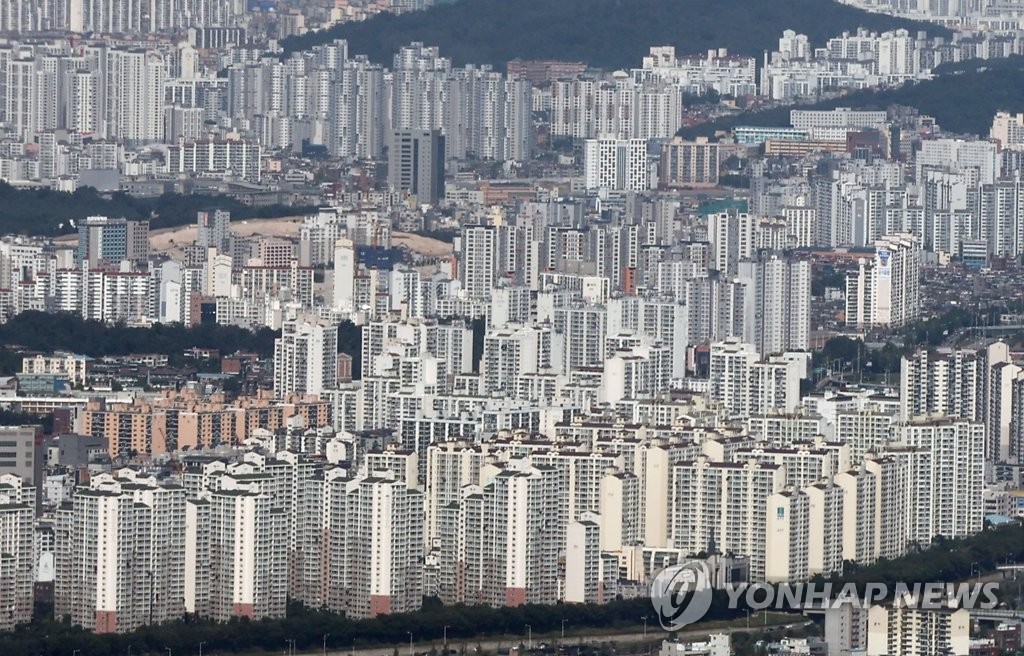 Increasing house prices are certainly good news for home owners, albeit along with higher taxes to pay, but those on the other side have been left to question whether the draconian housing policy benefited those in need of a house or disadvantaged them.

"Apartment prices in Seoul were already high for me three to four years ago, but I had kind of a slim hope that government policies may help me to buy a house someday," Moon Ji-na, a 38-year-old mother of two toddlers, said. "Now, I think apartment prices are beyond my reach. I regret not having bought a house before Moon took office."

Middle-income families, who do not qualify for public rental houses and special supply for new apartments, complain of hardship in home purchases due to tight lending rules brought in to tame demand and rising household debt.

The loan-to-value ratio was cut to 40-50 percent in Seoul and other "speculative" areas in major cities, and the ratio goes down to 20 percent for the purchase of a home worth more than 900 million and less than 1.5 billion won.

The average price of Seoul apartments spanning 60-85 square meters, mostly with three rooms, was estimated at 900.7 million last month, surpassing the threshold for the first time, according to a real estate portal by KB Kookmin Bank.

Without access to the Bank of Mom and Dad, would-be buyers may find it hard to get a house in most areas of the capital city with their savings under the stricter mortgage rules.

A median-income Seoul citizen has to save his or her entire wage for more than 15 years to purchase a median-priced house in the city, separate data by KB showed.

The underlying causes of the bullish housing market are record-low interest rates and limited supply in the Seoul metropolitan area, while revised tenant protection laws fueled the recent trend. 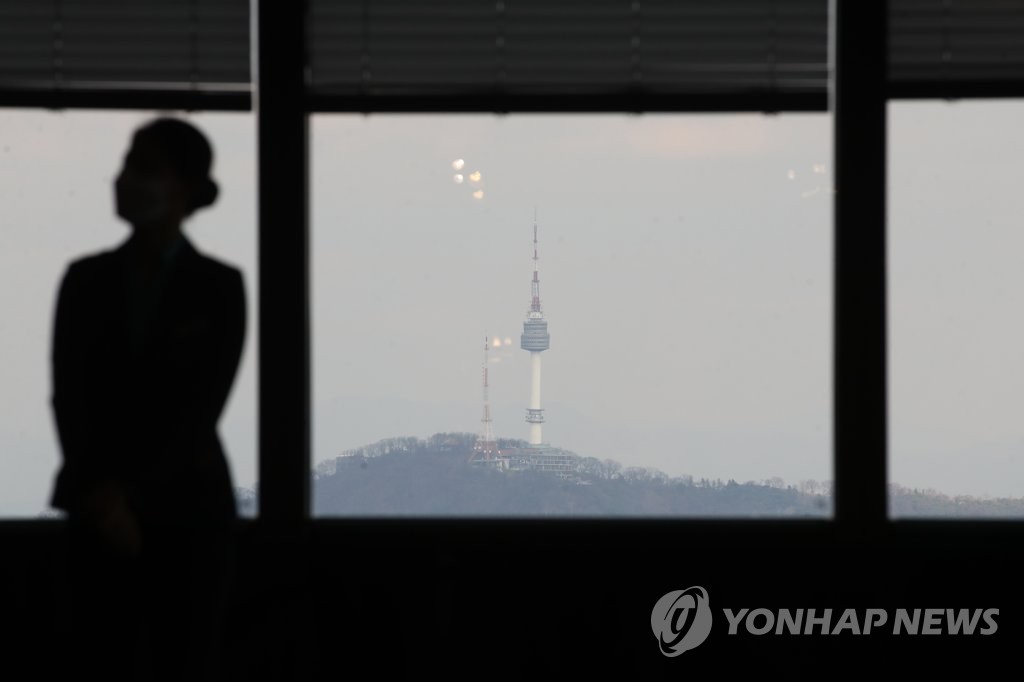 While many non-homeowners prefer a two-year lease contract, locally called "jeonse," over monthly payments in the lieu of saving money for houses, finding such types of living has become an onerous task after a set of tenant protection laws took effect in July.

The new law allows tenants to extend their jeonse contracts for another two years and set a cap on deposit hike, but it brought in some unintended consequences in the early stage of implementation.

The average jeonse price of a Seoul apartment was estimated at 537.8 million won in October, marking a 7.5 percent hike compared with three months earlier, according to KB.

Experts said jeonse prices rose sharply in recent months due to shortage of supply as a growing number of home owners chose to move in or existing tenants exercised their right to renew their contracts.

"The real estate policy aimed at curbing house prices has lifted demand for jeonse houses, and the enactment of the tenant protection law is having ripple effects in the housing market," Heo Yoon-kyung, a researcher at Construction & Economy Research Institute of Korea, said. "The jeonse market is expected remain strong through 2022 due to limited supply."

With no signs of letup in the runaway house prices, some in their 30s, who are in prime time for marriage and having children, have started to take out loans to buy houses before prices go up even further.

Jeon So-hyun, 36, bought a three-room apartment in southwestern Seoul earlier this year, mobilizing all forms of debt she and her husband could get from banks and other institutions.

"I bought a 10-year-old apartment I thought was overvalued, fearing the prices would continue to rise despite the government's promises," Jeon said. "I was not in hurry to buy one until last year, but rising jeonse prices were a wake-up call."

The number of transactions of Seoul apartments by 30-somethings stood at 1,790 in September to account for 36.7 percent of the total, the highest ratio since the age group survey began in January 2019, according to the Korea Appraisal Board. 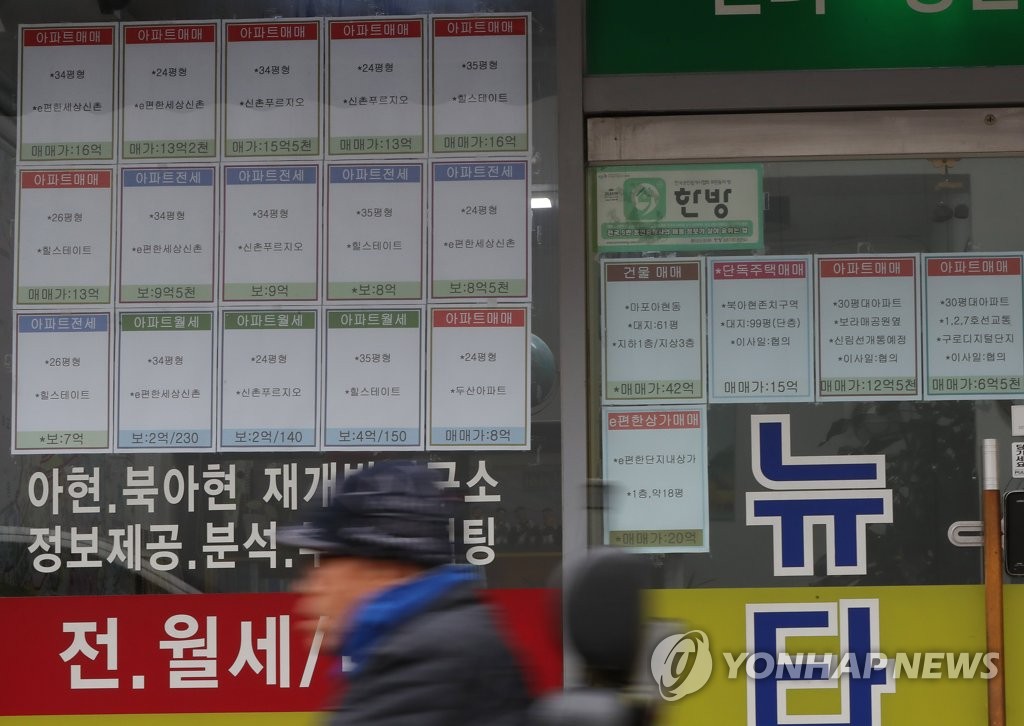 As part of efforts to increase supply, the land ministry said last month it will add 114,000 public rental houses in the greater Seoul area within the next two years, by buying empty hotels and offices and converting them into residential studios.

In response to criticism that the public housing scheme creates a mismatch between supply and demand, Land Minister Kim Hyun-mee said Monday, "If apartments were loaves of bread, I would bake them all night long," illustrating the predicament of how to increase the supply of decent homes.

This real estate boom comes at a time when Asia's fourth-largest economy is grappling with the fallout from COVID-19, boding ill for those who were hard hit by the pandemic.

In the long term, they worry the lack of affordable housing might discourage younger generations from marrying and having families, thwarting the government's efforts to tackle the world's lowest birth rate in the nation.