BERLIN, Dec. 1 (Yonhap) -- A Berlin district council has passed a resolution seeking to keep a statue of a girl symbolizing the victims of Japan's wartime sexual slavery permanently installed at a public site, officials and reports said Wednesday.

The resolution, approved by a majority vote at Berlin's Mitte district parliament on Tuesday (Berlin time), calls for measures to have the statue remain in the district while extending the statue's installation period by another six weeks to September next year.

The "Statue of Peace", erected at a public park in the German capital, has sparked a fresh row between Korea and Japan after Tokyo lodged a protest with Berlin over the statue's installation and asked for it to be removed.

In October, the Mitte district ordered its removal, but the civic group that set up the statue took legal action to suspend the order. Amid the activists' campaign and growing criticism, the district council adopted a resolution last month to retract the decision. 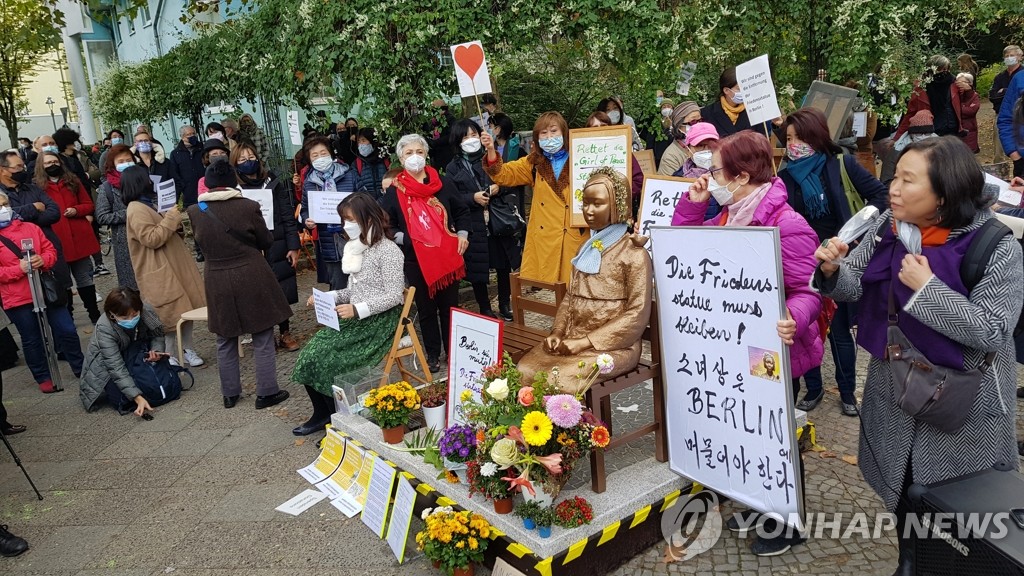