SEOUL, Dec. 2 (Yonhap) -- Four Army officers and three enlisted soldiers have tested positive for the new coronavirus, the defense ministry said Wednesday, in the latest in a series of infections reported at barracks.

The enlisted soldiers were confirmed to have contracted COVID-19 while in quarantine after cluster infections were reported at their boot camp in the border county of Yeoncheon, according to the ministry. The total number of infections reported at the unit rose to 75.

Two other officers in the northern county of Gapyeong and the central city of Jecheon were confirmed to have contracted the virus after showing symptoms. Contact tracing is under way to determine the route of their infections.

The latest cases brought the total number of coronavirus infections reported among the military population to 382. 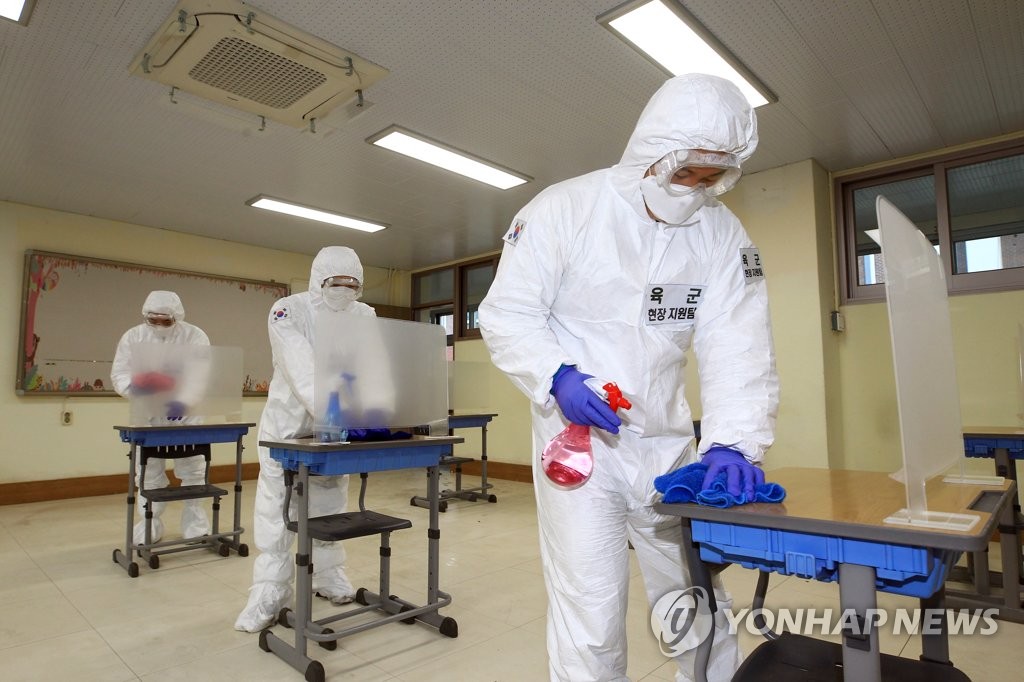