The nomination of Lee Yong-gu, who served as a judge for more than 20 years, came just a day after Vice Justice Minister Koh Kee-young tendered his resignation in apparent protest against Justice Minister Choo Mi-ae's push for disciplinary action against Prosecutor General Yoon Seok-youl. 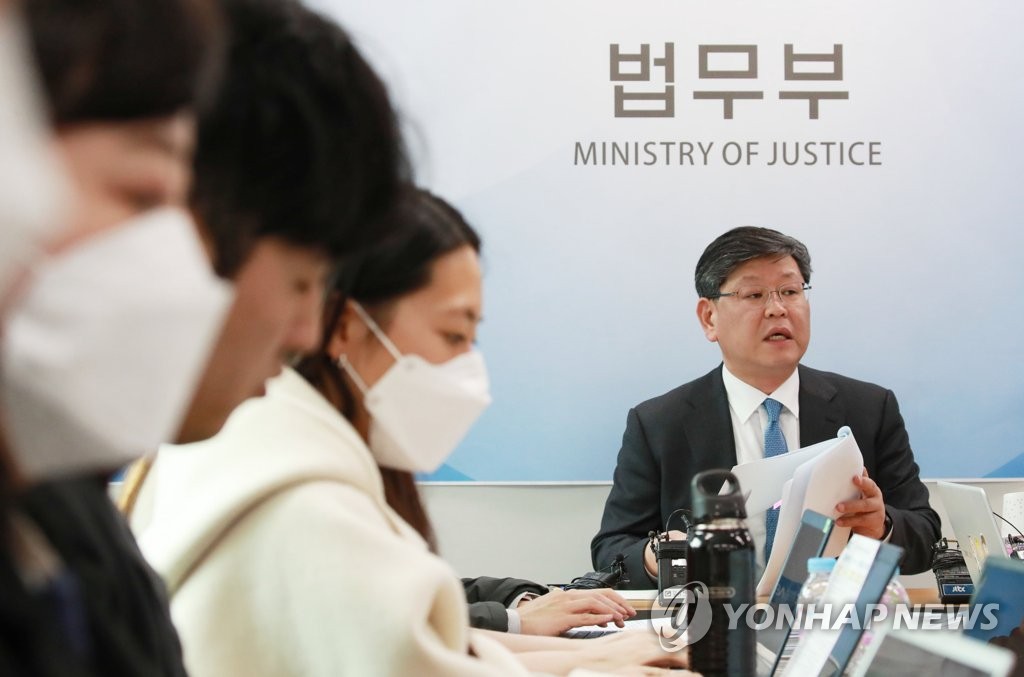 Koh is a key member of the ministry's disciplinary committee, which is scheduled to convene to discuss the matter Friday.

Lee had worked as deputy justice minister for legal affairs for two years and eight months since August 2017.

Cheong Wa Dae cited not only his expertise in legal issues but also his high level of understanding on the ministry's affairs.

He is "expected to contribute to resolving pending issues, including the reform of the prosecution service, in a fair and neutral way, and stabilizing the organization," Cheong Wa Dae spokesman Kang Min-seok said in a statement.

Lee is to assume the post Thursday, he added.