Outstanding industrial loans extended by banks and non-bank depository institutions came to 1,366 trillion won (US$1.24 trillion) as of end-September, up 37.8 trillion won from the end of June, according to the data from the Bank of Korea.

The increase was nearly half the 69.1 trillion-won increase recorded in the second quarter, while it was larger than the 20.5 trillion-won gain a year earlier.

Yet, the on-year growth rate hit 15.4 percent for the July-September period, the highest tally since data tracking began in the first quarter of 2008.

Lending to the manufacturing industry expanded by 5.8 trillion won, a sharp slowdown from the 17.2 trillion won three months earlier.

The central bank attributed the slowdown to an improvement in sales by services firms, the easing of business sluggishness and weakening demand for liquidity.

Growth of loans extended by banks slowed to 20.4 trillion won in the third quarter from 45 trillion won three months earlier, with that for non-bank depository institutions shrinking to 17.3 trillion won from 24.1 trillion won, according to the data. 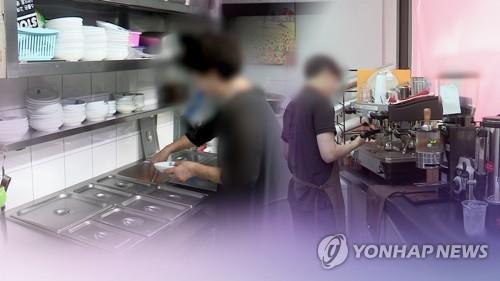