In a survey conducted by R&Search this week, 24.5 percent of respondents chose Yoon as the most favored next leader, up 9.1 percentage points from a month before.

He overtook two liberal heavyweights of the ruling Democratic Party (DP), who have dominated presidential opinion polls for months.

The gap between Yoon and Lee Nak-yon is 2 points within the margin of error of 3.1 points of the survey conducted on 1,011 voters across the country from Monday to Tuesday.

Yoon is favored largely by conservatives. He was chosen by 52.6 percent of supporters of the opposition People Power Party (PPP), while his rating was only 3.7 percent among those aligned with the DP.

In a separate poll by Realmeter released Monday, Yoon came in second behind the DP leader and ahead of the Gyeonggi governor. 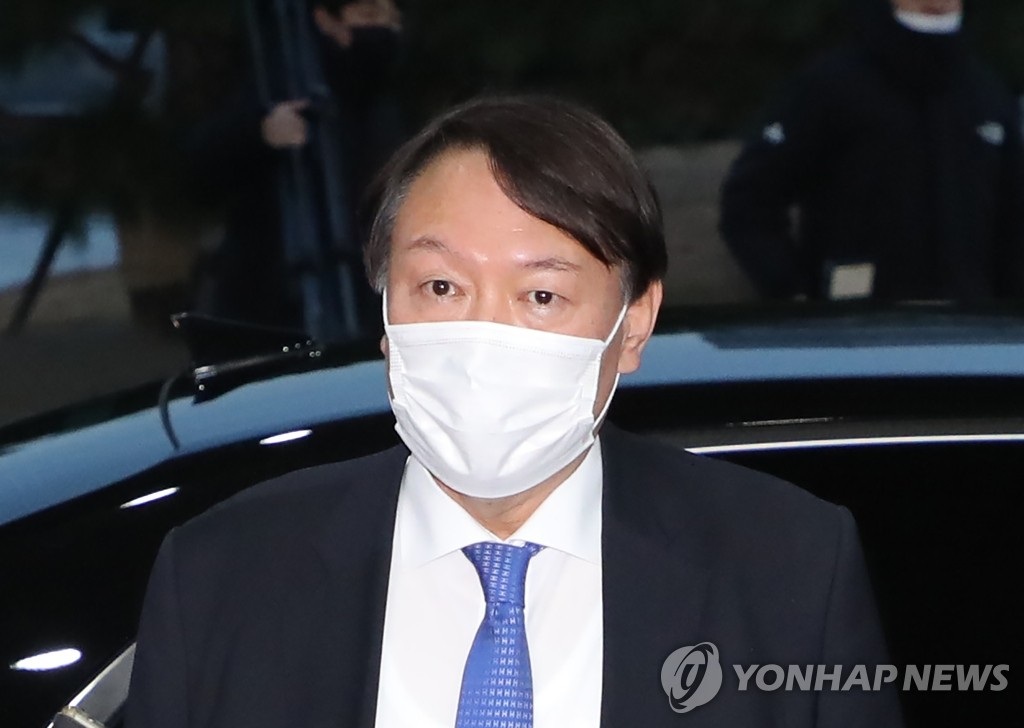 The result came amid a growing conflict between the top prosecutor and Justice Minister Choo, who have been at loggerheads over prosecution reforms and a series of high-profile cases.

On Nov. 24, Choo ordered the suspension of Yoon from duty as she sought a disciplinary measure against him over allegations of interference in politically sensitive cases.

On Tuesday, Yoon returned to work after a court granted an injunction sought by him to suspend the enforcement of the order.

The veteran prosecutor has yet to announce his intention to run in the 2022 presidential election. But he said during a parliamentary session in late October that he would consider how to serve the nation after his retirement. The remark was interpreted as an indication of his willingness to enter politics.