SEOUL, Dec. 2 (Yonhap) -- The government on Wednesday announced a set of countermeasures to deal with flooding and other natural disasters anticipated due to global climate change, vowing to drastically strengthen anti-flood design standards for dams and rivers.

Under the new measures, local dams and rivers will be designed to withstand the heaviest daily rainfall over a span of 500 years in anticipation of steady increases in precipitation caused by climate change, according to the Ministry of the Interior and Safety. 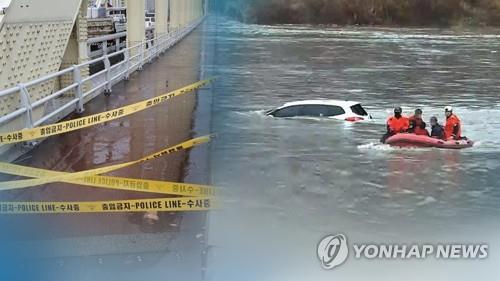 Previously, the so-called design frequency for dams and rivers, which refers to the capacity to cope with the heaviest daily rainfall in a specific period, was set at 100 to 200 years.

The ministry said the government has sharply raised the precipitation-related design frequency as there are increasing signs that the heaviest daily rainfalls of the past 200 years could become commonplace on the Korean Peninsula.

In addition, the government will increase the number of flood warning points from 65 to 218 by 2025 and install seven more small-sized rainfall radars to better predict localized flash floods.

It also aims to triple the flood control capacity of domestic multipurpose dams.

The ministry said it has devised the anti-disaster countermeasures through consultations with 16 other ministries and agencies after the nation sustained extensive damage from this summer's record long monsoon that brought heavy downpours and caused casualties.

This year's rainy season began June 24 and continued for 54 days in the central part of the country, marking the longest monsoon season following a 49-day streak in 2013. Between June 1 and Aug. 15, South Korea received around 920 millimeters of rain, which is the second-largest amount since the weather authorities began compiling the related data in 1973.

The new measures also call for doubling the amount of state compensation for those killed in flood disasters to 20 million won (US$18,200) per person and shortening the preparation period for the declaration of special disaster zones from more than two weeks to one week.