SEOUL, Dec. 2 (Yonhap) -- A Seoul court sentenced a former employee of a securities firm to two years in prison Wednesday for fraudulently selling financial products of a hedge fund implicated in a massive fraud and lobbying scandal.

The former chief of a branch office of Daishin Securities Co. in southern Seoul was indicted in June for misinforming his clients while selling some 248 billion won (US$225 million) worth of funds of Lime Asset Management Co.

Lime Asset has been under probe since July last year over its alleged cover-up of huge losses and inflation of investment returns. The case turned into a political scandal as its key suspects are alleged to have lobbied high-profile politicians, officials and prosecutors to evade investigation. 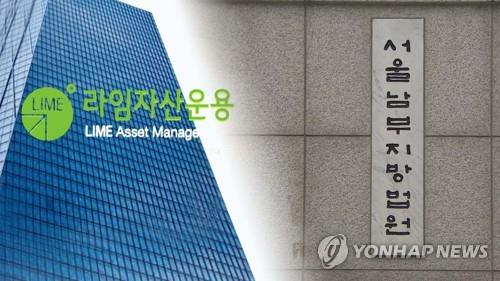 The Seoul Southern District Court convicted the man, surnamed Jang, of causing clients to incur significant damages through his sales of Lime fund products while providing false information about their risk.

"The defendant increased the financial damage of (clients) by recommending the subscription to the funds even after local news outlets raised allegations against Lime Asset," the court said.

His actions severely impaired the credibility of the capital market, it added.

The sentence was far lighter than the prosecution's demand last month of a 10-year prison term and a fine of 500 million won.

The court said it considered that the amount of profit the accused personally gained from the selling of Lime Asset's funds was not that big, and the fact that his words of recommendation were not the only reason the victims bought the funds through Daishin Securities.