"The company will look into Asiana's cost structure, contracts and others in the 3-month-long due diligence as it is scheduled to come up with the post-merger integration plan by March 17," Korean Air President Woo Kee-hong said in an online briefing. 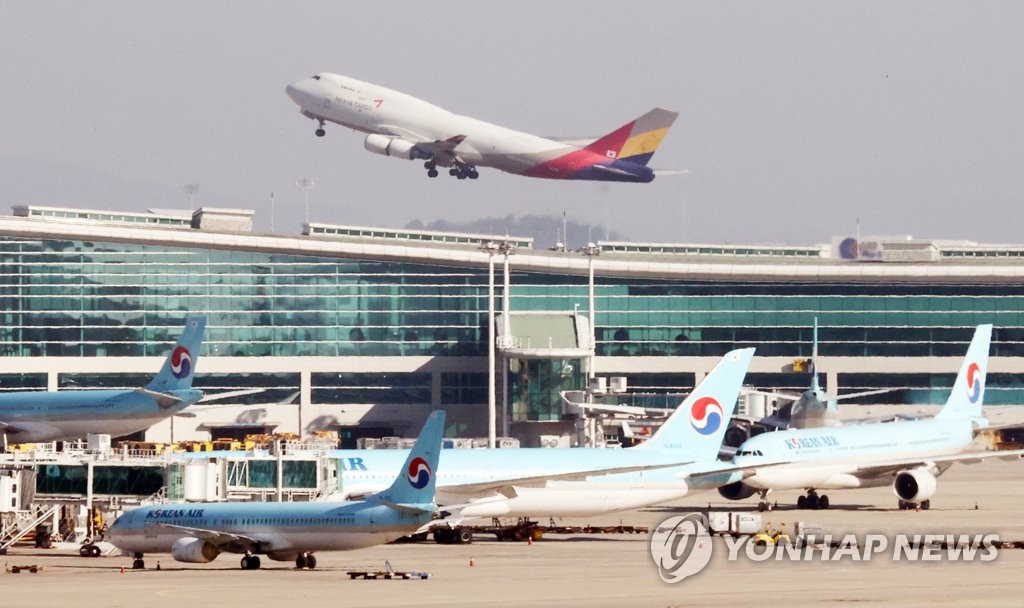 To proceed with the deal, Korean Air plans to submit documents to antitrust authorities in the countries to which the carrier flies by Jan. 14 for review of the merger, Woo said.

The countries include the United States, the European Union, China and Japan. "There seems to be no problems in obtaining approval from overseas for the merger of the two airlines given, bigger merger deals went smoothly in the past."

Korean Air and Asiana account for a combined 40 percent of passenger and cargo slots at Incheon International Airport, South Korea's main gateway. It does not constitute a monopoly, the executive said.

The deal, which would create the world's 10th-biggest airline by fleets, got a boost on Tuesday when a Seoul court lifted the first hurdle by dismissing an injunction filed by a local equity fund against Hanjin KAL's rights issue plan.

The Seoul Central District Court turned down the injunction filed by the Korea Corporate Governance Improvement (KCGI) against the Hanjin Group's holding company's stock sale to the KDB.

The KCGI, the biggest shareholder in Hanjin KAL, argued that the share sale to the designated third party will hurt the holding firm's existing shareholders' value.

The KCGI alliance, led by Hanjin Group and Korean Air Chairman Cho Won-tae's elder sister Hyun-ah, has been at odds with the chairman's side over management of the airline conglomerate in a family feud.

Hanjin KAL will "take a proper step" if the KCGI takes any additional legal action to hamper the Asiana deal, the president said.

As for business outlook for 2021, he said the company will draw up business plans for next year very conservatively due to uncertainties surrounding the COVID-19 pandemic.

"We expect our passenger demand will be at 35 percent compared to pre-crisis levels in 2021 and cargo-carrying rates will decline as airlines rush to carry more cargo to offset dried-up travel demand," Woo said.

But there will be no forced layoffs in an integrated airline as the company does not have a plan to reduce flights, he said.

Korean Air has suspended most of its flights on international routes since March as countries strengthen their entry restrictions to stem the spread of the pandemic.

From January to September, Korean Air's net losses narrowed to 651.84 billion won from 707.14 billion won in the year-ago period as it focused on winning more cargo deals.

Korean Air to conduct due diligence on Asiana until mid-March

Korean Air to conduct due diligence on Asiana until mid-March