He made the remarks during a conversation with newly appointed ambassadors to Spain, Hungary, Laos, Ecuador, Ghana and Afghanistan, according to presidential spokesman Kang Min-seok. They received letters of appointment from the South Korean president at a Cheong Wa Dae ceremony.

"Recently, our (country's) status has been greatly enhanced not just economically but also in terms of soft power including virus control, health and medical care, democracy, public perception and culture awareness," Moon was quoted as saying. 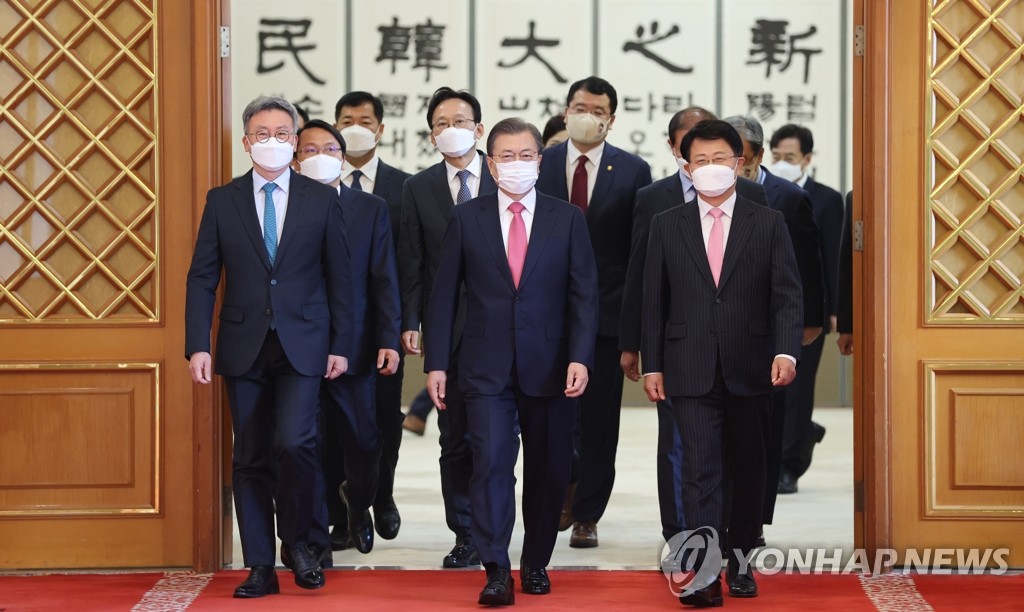 Especially, he added, "It will be of great help to both South Korea and the international community if (we) cooperate with other nations by utilizing soft power in the cultural field that's represented by the Korean Wave."

He asked the envoys to seek ways to use Seoul's soft power enough in diplomacy.

Moon also called on them to make efforts for South Korea's "bridge role" between advanced countries and developing ones in dealing with such global issues as the fair distribution of COVID-19 vaccines and climate change, the spokesman said.

Moon expects Seoul's diplomacy to capitalize on its soft power

Moon expects Seoul's diplomacy to capitalize on its soft power