WASHINGTON, Dec. 2 (Yonhap) -- The incoming U.S. administration will need to quickly make a decision about how it will deal with North Korea to have a better chance of engagement, a former U.S. diplomat said Wednesday.

Kurt Campbell, former assistant secretary of state for East Asian and Pacific affairs, also insisted the new administration under Joe Biden would have to send an "early signal" to the North.

"There are always areas of unpredictabilities and, generally speaking, at the top of that list of unpredictable qualities and characteristics of Asia is North Korea," he told a webinar hosted by the Atlantic Council and sponsored by the Korea Foundation.

"And one of the key challenges of the Biden administration is the need to make an early decision about what to do with respect to North Korea," added Campbell, who now works as chairman of the Asia Group, a strategic advisory firm that he co-founded.

Biden is set to be inaugurated on Jan. 20. 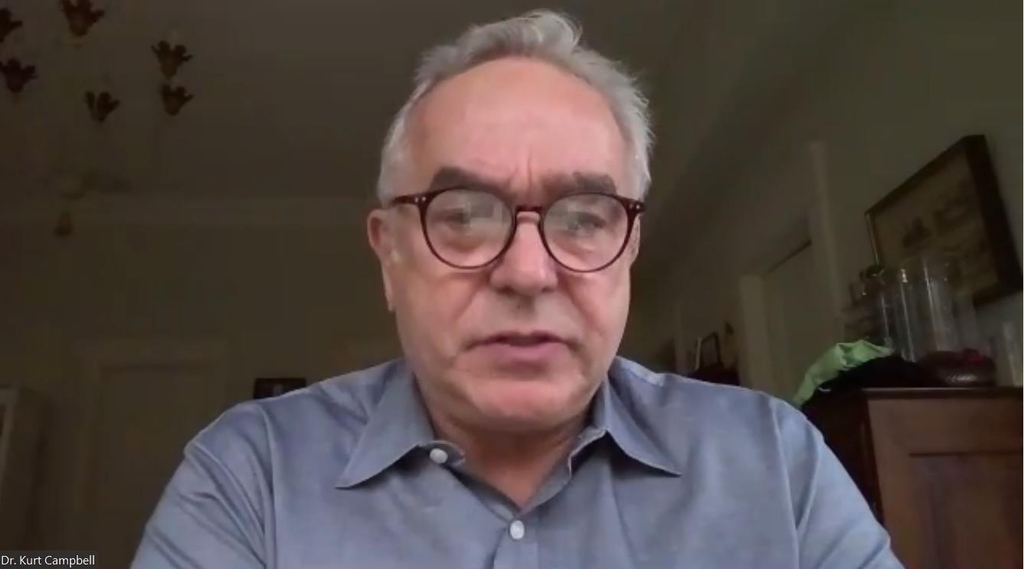 While the new U.S. president is widely expected to take a different approach to North Korea than Donald Trump, the North Korean issue itself is expected to take a backseat, at least in the early stages of the Biden administration, as Washington struggles to battle the COVID-19 pandemic and overcome its economic fallout.

Campbell insisted it is important to send North Korea a message before the communist state commits itself to provocations instead of dialogue.

"What we saw at the Obama administration was a rather prolonged period of study, during which North Korea took provocative steps that basically headed off the possibility of engagement with North Korea," he told the webinar.

An earlier report from South Korea's National Intelligence Service suggested that Pyongyang has instructed its overseas missions "not to antagonize" the U.S. during the ongoing transition of power.

However, many believe the North will likely resort to military provocations unless it is engaged early on by the new U.S. administration.

"Thinking carefully about what might be appropriate, working in consultation and partnership with South Korea, early signals to North Korea will be something that will be near the top of the list of the Biden team," said Campbell.

The former U.S. diplomat also highlighted the need for the new administration to be "bold," especially in Asia.

"What President Trump was prepared to do was extraordinarily bold," he said, apparently referring to Trump's three bilateral summits with North Korean leader Kim Jong-un.

"When I talk about areas that I think we need to emulate or admire, I think some boldness is appropriate in American foreign policy, particularly in Asia," he added.

Campbell also underscored the need for the U.S. to work with its Asian allies -- South Korea and Japan -- in facing various challenges, including North Korea, but also for its allies to work with each other.

"I do not believe it is in the strategic interest of the United States to have our two closest allies working at such cross purposes," he told the virtual seminar.

"I believe this undermines American purpose," Campbell said of soured relations between South Korea and Japan.

"I believe it undermines allied solidarity on the issues that matter most, including North Korea, and I believe that there are reservoirs of goodwill in both countries that can be tapped into. And I think that there are potential roles for outside groups, including the United States, to potentially play a role," he added.