SEOUL, Dec. 3 (Yonhap) -- President Moon Jae-in's job approval rating has fallen to a record low of 37.4 percent, a poll showed Thursday, with a rift between the justice minister and the top prosecutor deepening and housing prices in major areas continuing to rise.

Public approval for the ruling Democratic Party (DP) also dropped to 28.9 percent, the lowest since the launch of the Moon administration in May 2017, while that of the main opposition People Power Party (PPP) rose to 31.2 percent, according to Realmeter.

The pollster conducted the survey on 1,508 voters nationwide from Monday through Wednesday. The margin of error is plus and minus 2.5 percentage points.

The liberal president's rating lost 6.4 percentage points from last week. It is unprecedented that his approval has dipped below 40 percent. The previous low was 41.4 percent recorded in October last year, when Moon's leadership suffered a blow from picking Cho Kuk, one of his key confidants, as justice minister despite allegations of wrongdoings involving his family. 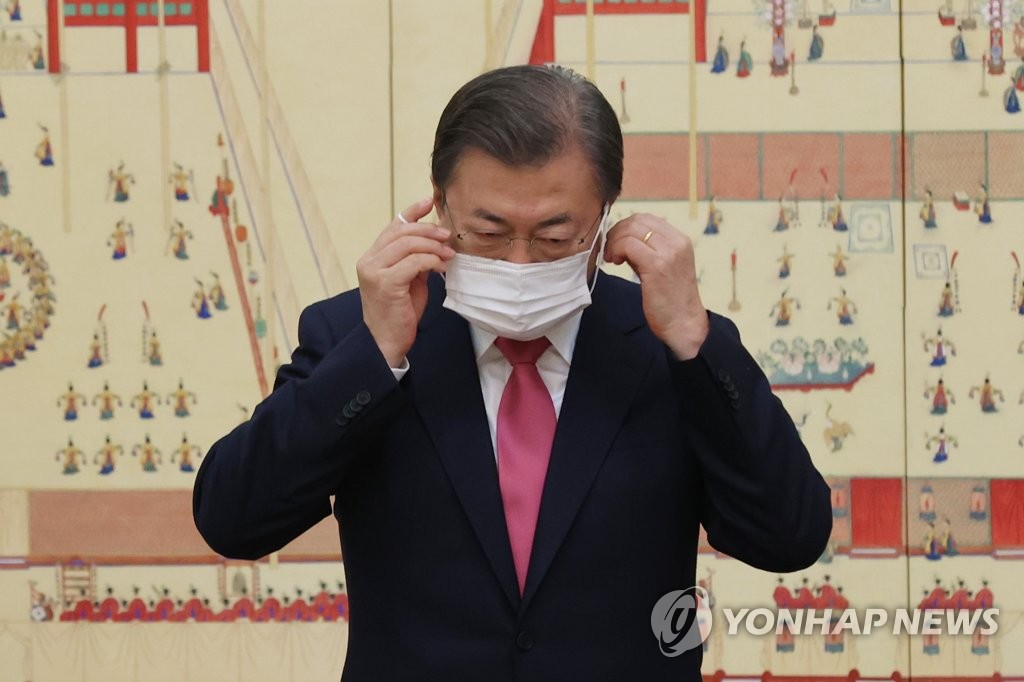 The proportion of those disapproving of Moon's job soared 5.1 percentage points to 57.3 percent, the highest since his inauguration.

The ruling party also saw its popularity dropping 5.2 percentage points. In contrast, the figure for the PPP gained 3.3 percentage points to outdo the DP for the first time in nearly four months in Realmeter's regular poll.

It is also the first time that the DP's rating has dropped below 30 percent under the Moon administration.

In its power base of liberal voters, the DP shed 9.9 percentage points to 47.3 percent.

The survey results came amid a flood of local media reports on the conflict between Justice Minister Choo Mi-ae and Prosecutor General Yoon Seok-youl.

Many view them as locking horns over the Moon government's push for reforming the state prosecution service often accused of having excessive authority and power.

Moon has kept mum in public on the Choo-Yoon conflict that has intensified in recent days. 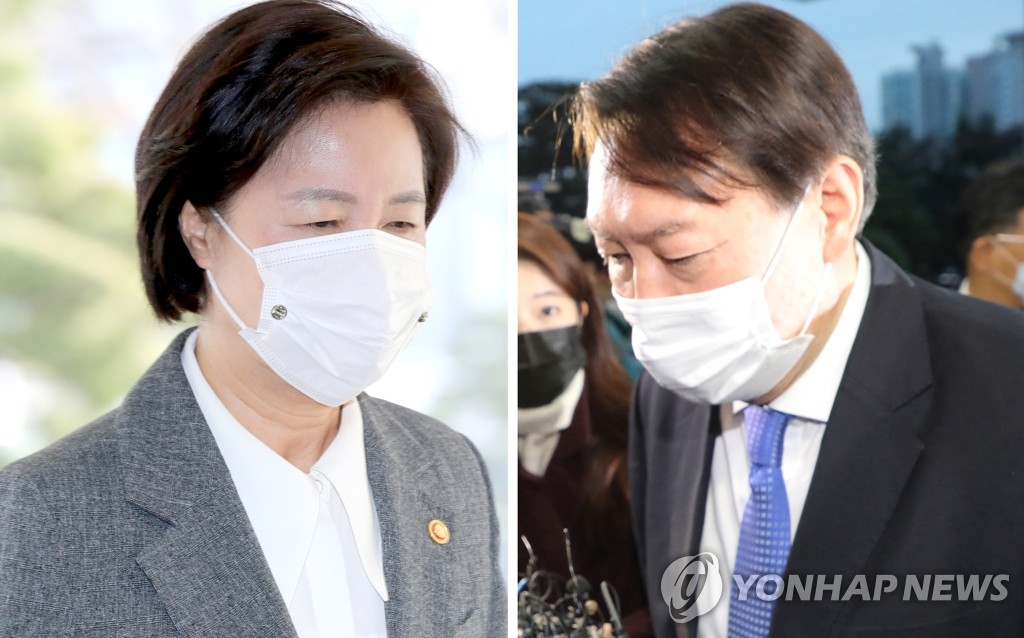 Yoon's popularity among conservatives has shot up, while liberals are apparently disappointed with the slower-than-expected prosecution reform drive and unrelenting hikes in apartment prices and rent largely in Seoul and adjacent towns.

Some liberal civic groups also criticized Choo for "going too far" by suspending Yoon from duty over alleged misdeeds. The Seoul Administrative Court later issued a provisional injunction against the measure, citing the prosecution chief's two-year tenure stipulated by law.