The won is likely to breach the key psychological level of 1,100 won intraday, analysts said.

The won, along with other peers, has strengthened against the U.S. dollar due to optimism over vaccine developments and U.S. President-elect Joe Biden's transition to power.

So Byung-eun, an analyst at NH Futures, said the won is expected to strengthen Thursday because of the weaker U.S. dollar and net purchases of local stocks by foreign investors. 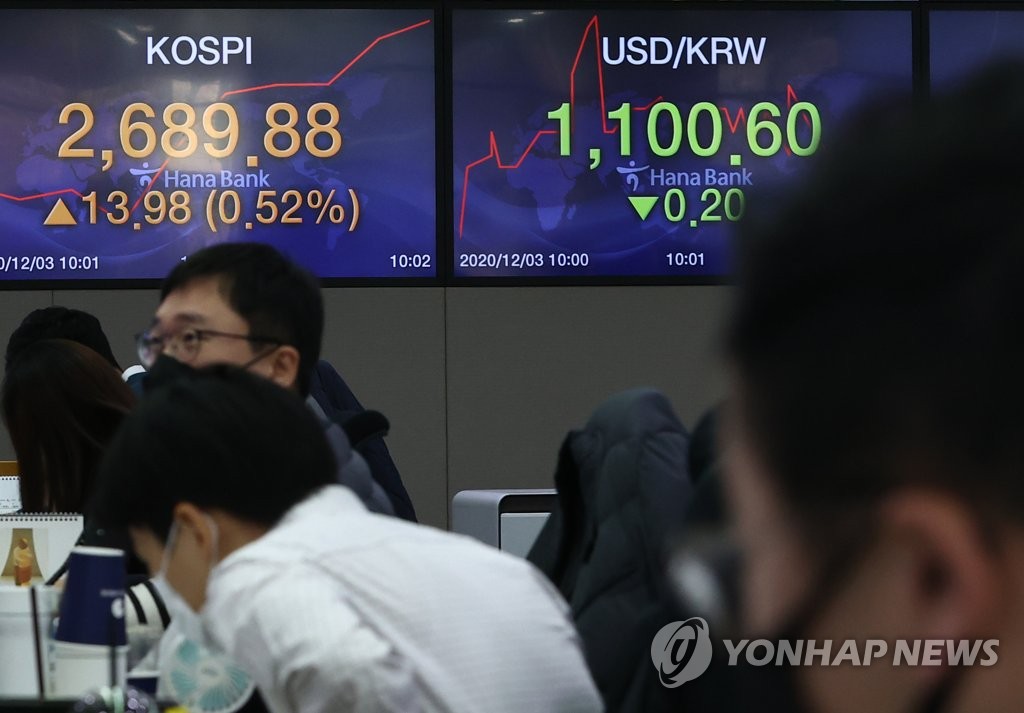