SEOUL, Dec. 3 (Yonhap) -- The number of moviegoers nationwide fell more than 20 percent in November as the third wave of mass coronavirus infections swept across the country, data showed Thursday.

A total of 3.6 million people went to theaters last month, down 22 percent from 4.63 million tallied in October, according to the data compiled by the Korean Film Council.

The on-month decrease came as South Korea has been struggling with another big wave of the COVID-19 pandemic that started in mid-November.

As hundreds of new daily infections have been reported for weeks, the South Korean government raised the level of distancing by one notch in the greater Seoul area last month.

Some 44,000 came to cinemas on Nov. 24, when the strengthened social distancing took effect in the capital region, compared with 70,000 a week earlier.

Since the outbreak of the novel coronavirus in South Korea in January, the local film industry has suffered a free fall in the number of moviegoers.

The number of theater attendees hit an all-time low of 970,000 in April, down from 16.8 million in January and 7.4 million in February.

Thanks to eased social distancing in the summer, the figure rebounded to 8.8 million in August but soon dropped to 3 million in September due to the second wave of the pandemic. 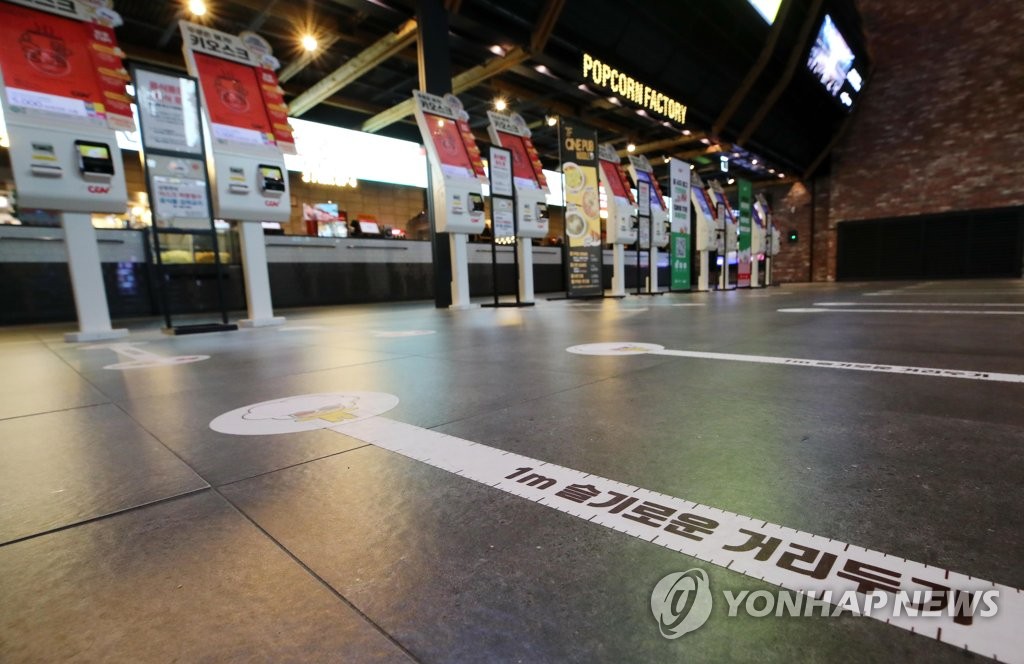 S. Korean moviegoers drop again in Nov. due to 3rd wave of COVID-19

S. Korean moviegoers drop again in Nov. due to 3rd wave of COVID-19