SEOUL, Dec. 3 (Yonhap) -- The South Korean economy is expected to contract around 1 percent this year, bracing for the fallout of the new coronavirus outbreak, the finance minister said Thursday.

"The Korean economy is likely to retreat around 1 percent this year," Hong said in an interview aired by Yonhap News TV.

"Economic uncertainties caused by the COVID-19 pandemic are expected to linger for the time being. But next year, economic conditions at home and abroad will fare better," he added.

Earlier this week, the Organization for Economic Cooperation and Development (OECD) forecast the Korean economy will contract 1.1 percent this year, but it will rebound to 2.8 percent growth in 2021.

Based on the OECD's projection, the Korean economy is expected to contract by the smallest margin this year among its 37 member countries, aided by the country's efforts to curb the spread of the coronavirus.

The finance ministry plans to unveil its own 2021 economic outlook in mid-December.

Meanwhile, Hong said the government will prepare to provide the third round of emergency handouts designed to fight the pandemic before the Lunar New Year's holiday in February.

The amount represented an increase of a net 2.2 trillion won from the government's budget proposal made in September. The government plans to sell debts worth 3.5 trillion won to finance the fiscal spending.

Touching on concerns about growing state debt, Hong stressed the role of fiscal spending to respond to the pandemic-caused economic slump, but he also vowed efforts to maintain financial soundness of state coffers.

"The government is carefully wary about the speed of a rise in state debt. We will do our best to keep sustainability of state finance," Hong noted. 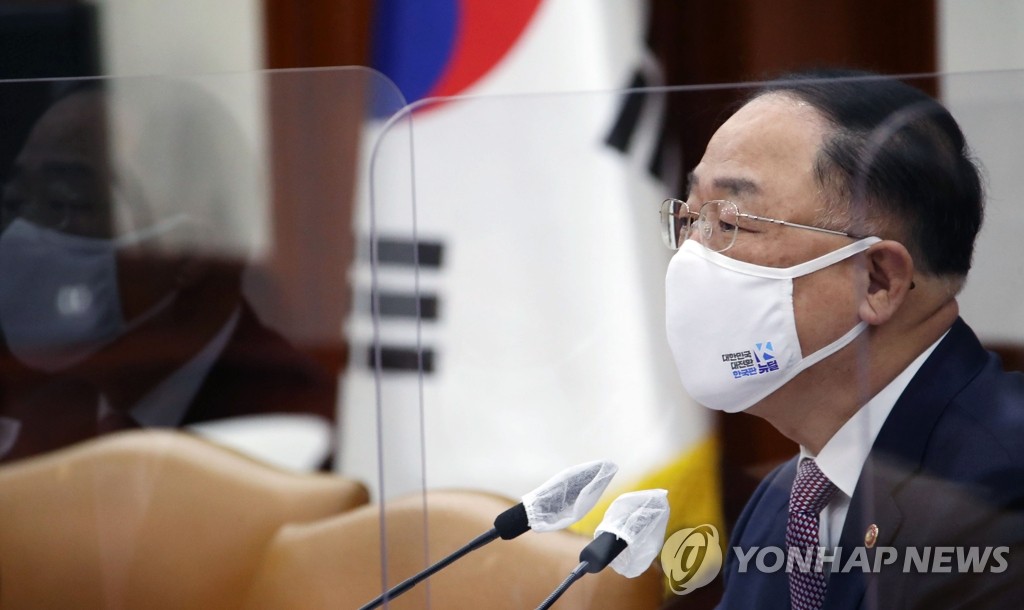