SEOUL, Dec. 3 (Yonhap) -- Lt. Gen. Yoon Eui-chul, the head of the Army's training and doctrine command, was named Thursday as new vice chairman of the Joint Chiefs of Staff, the defense ministry said.

The appointment was part of a regular shake-up that also included the promotion of a total of 10 generals to the three-star rank -- six from the Army, two from the Navy and two from the Air Force.

Yoon, 56, worked as the chief of the crisis management center under the presidential National Security Council in 2018.

In Thursday's reshuffle, 19 generals -- 11 from the Army, two from the Navy and six from the Air Force -- were promoted to the two-star rank, according to the ministry.

Maj. Gen. So Young-min was also promoted and tapped to lead the Army's Special Warfare Command, and Lt. Gen. Kim Jun-sik was named the commander of air force operations.

"We will continue to pursue fair and balanced personnel management by appointing talented individuals regardless of their background, gender or specialty," the ministry said in a release. 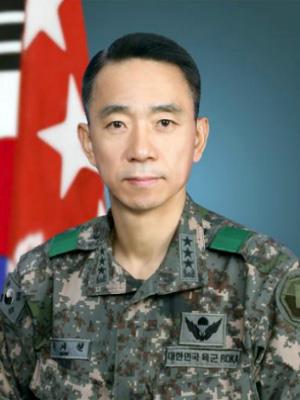